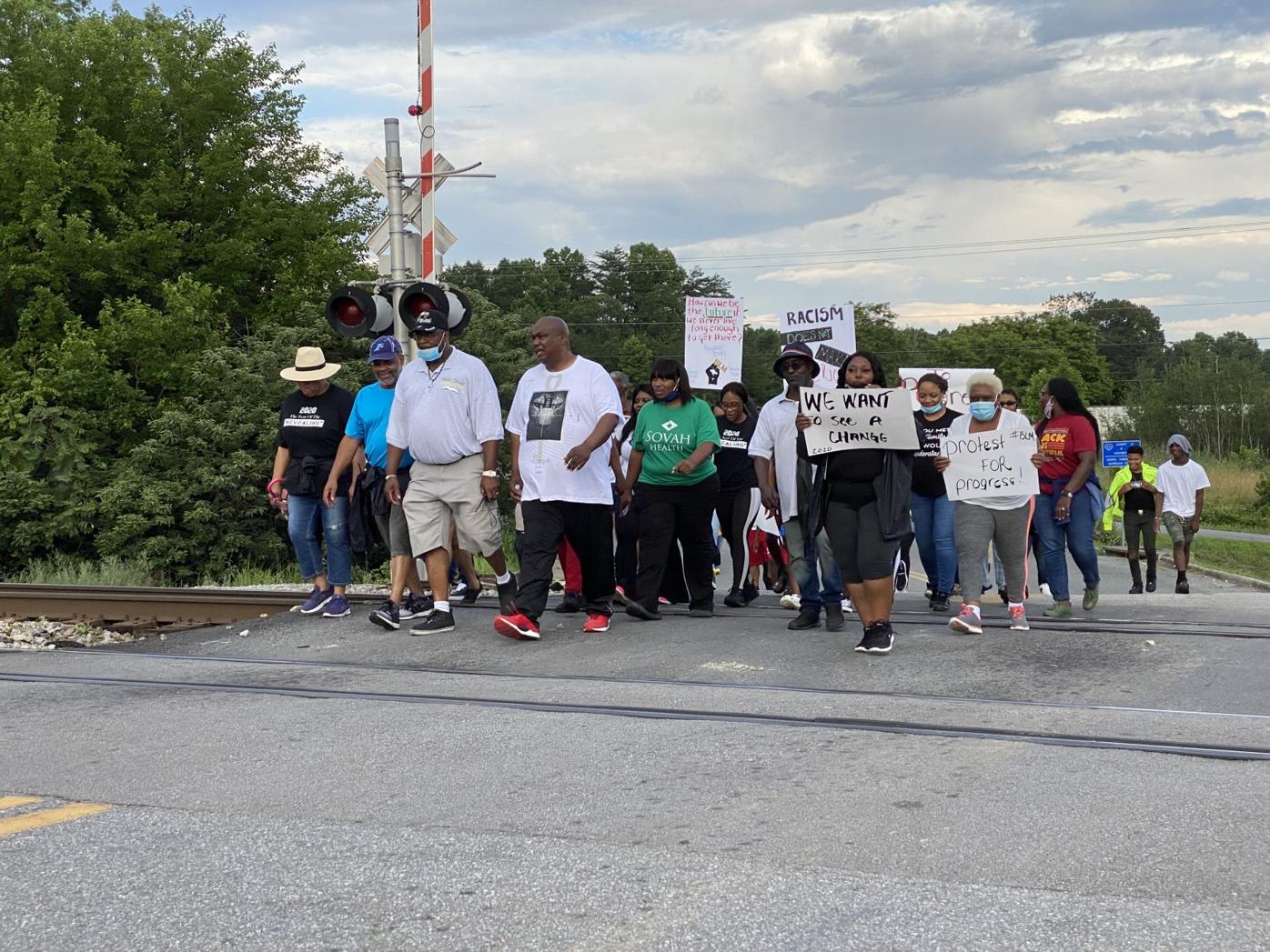 Dozens of protesters carrying signs and chanting "We want change" cross over the train tracks on Northside Drive onto Main Street in Gretna on Friday. 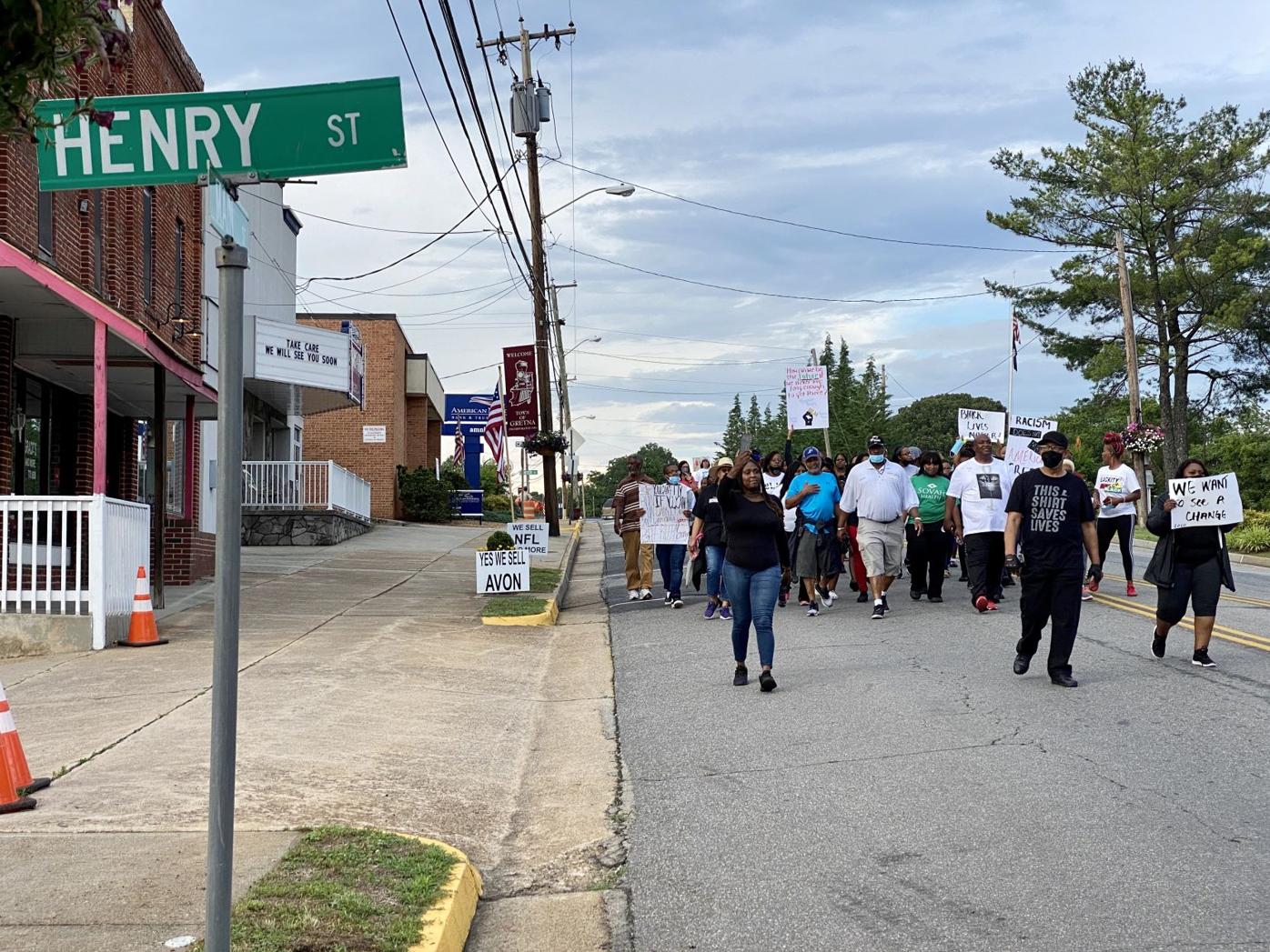 Dozens of protesters carrying signs and chanting "We want change" cross over the train tracks on Northside Drive onto Main Street in Gretna on Friday.

A group organized by the Kell Stone Ministries in Gretna marched from the Bridge Center on Northside Drive onto Main Street in Gretna on Friday.

The march, called “Protest for Progress,” was led by Bishop Kell Stone, who said it was done to demand action be taken to address what he says are injustices in Pittsylvania County’s institutions.

Dozens marched across the train tracks onto Main Street, chanting “We want change” as the Gretna Police Department and deputies from the Pittsylvania County Sheriff’s Department closed the roads for the march.

“Change is necessary for the future to begin, and we’re looking forward to positive change,” said Anita Royston, president of the Pittsylvania County NAACP, who attended the march and rode in one of the cars that preceded the crowd of sign-carrying protesters.

Another “Protest for Progress” will be held on Main Street in Chatham on Saturday in front of the courthouse beginning at 6 p.m.