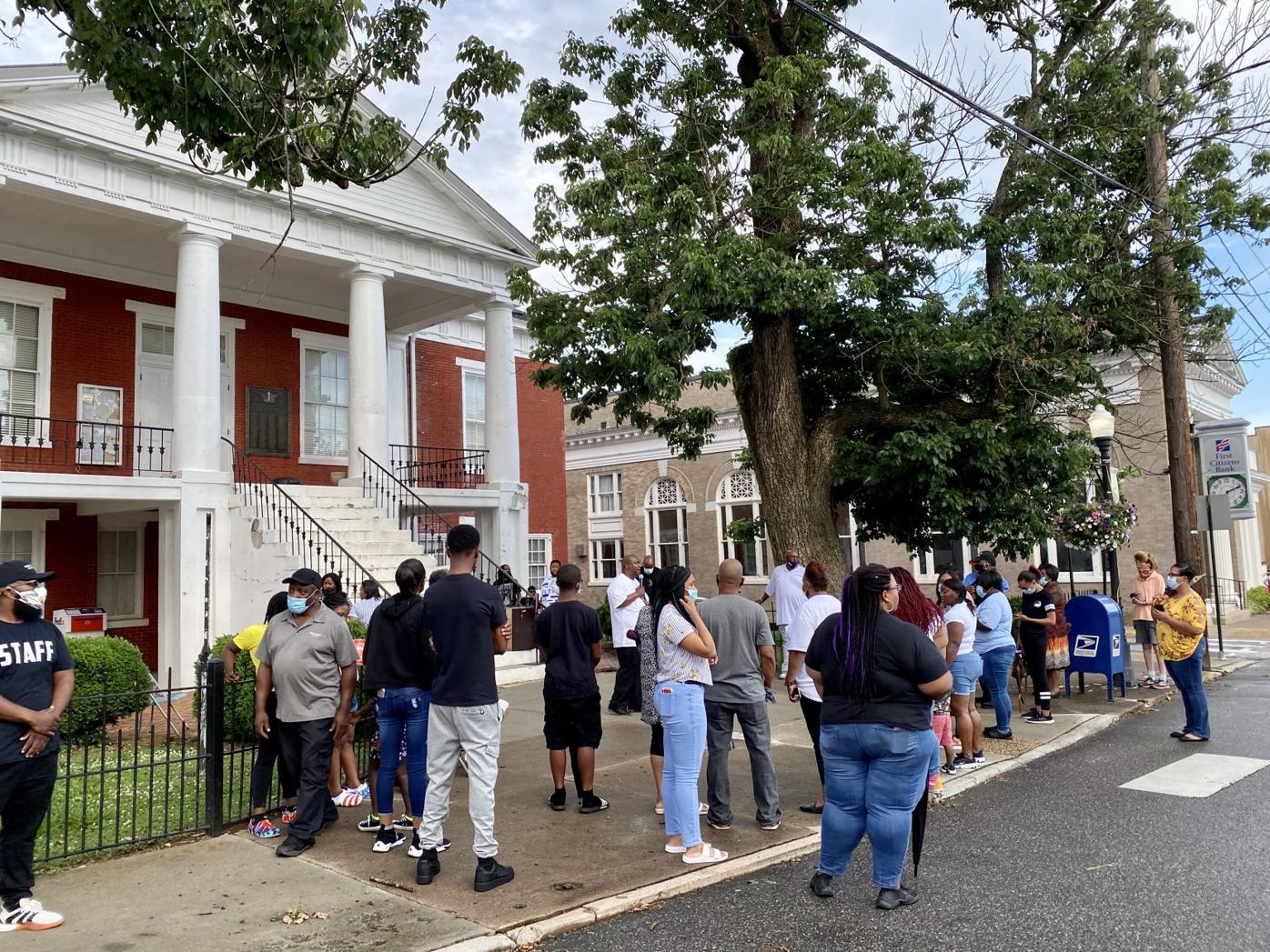 Dozens gather outside the courthouse on Main Street in Chatham for day two of "Protest for Progress." 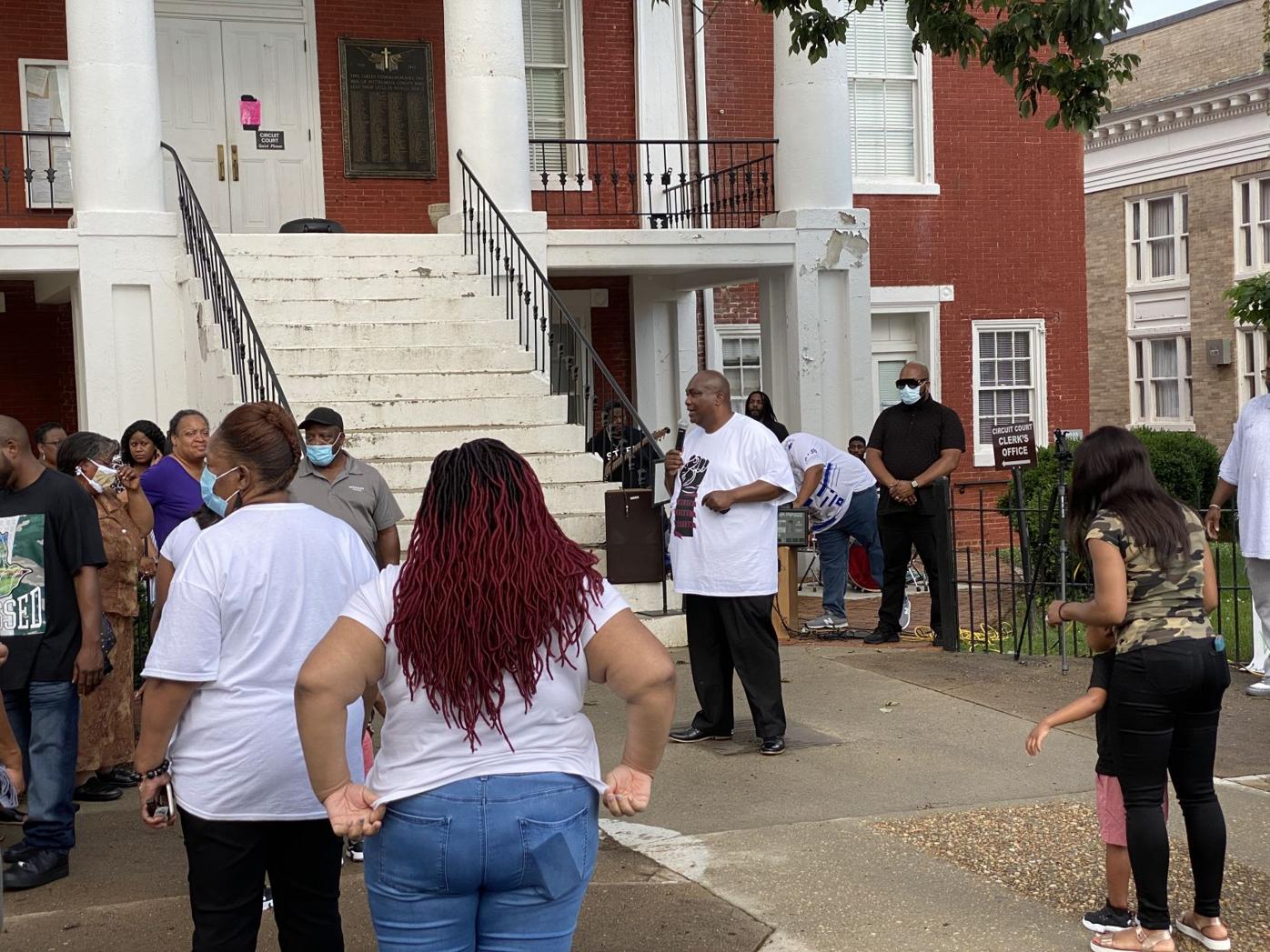 Dozens gather outside the courthouse on Main Street in Chatham for day two of "Protest for Progress."

A group of citizens has gathered in front of the courthouse building on Main Street in Chatham to continue both a celebration of "Juneteenth" as well as the local protest "Protest for Progress" which began in Gretna on Friday.

Protesters, organized by Bishop Kell Stone through his ministry group which operates the Bridge Center in Gretna, have set up a band and are playing music beneath the tree to the right of the courthouse steps, which has been referred to as the "Justice Tree." Stone has claimed that it was used to hang African Americans in the past.

On Friday, the same group organized a march down Main Street in Gretna, to protest what Stone believes are inequities in Pittsylvania County's institutions.

The protest is set to last until 8 p.m.