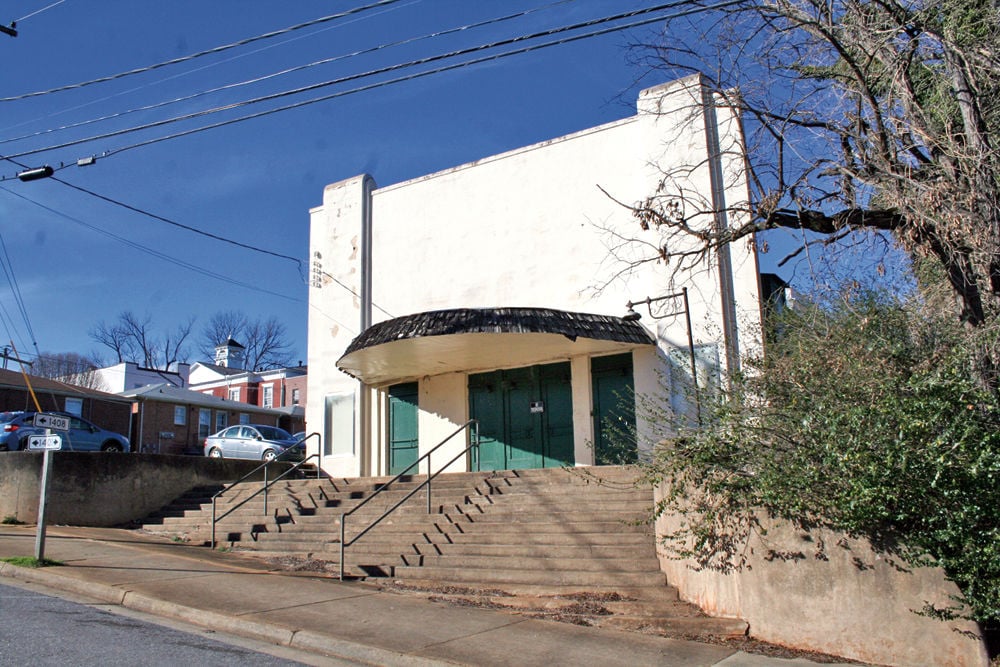 The unique shape of the old theater building is ideal for Doomsday Tackle’s new fishing-research endeavor, with sunken-in floors for water pools and vaulted ceilings for far-flung lure castings. 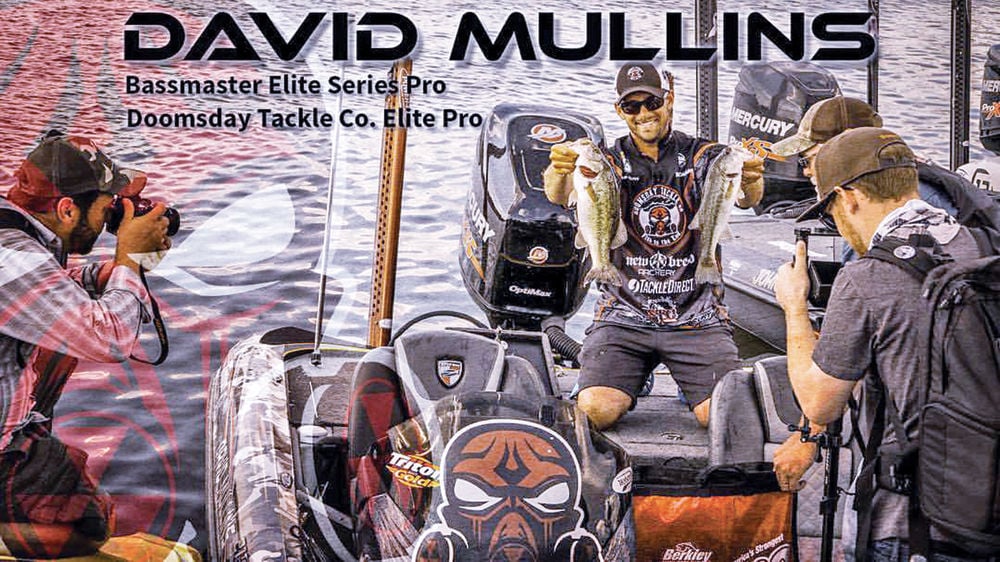 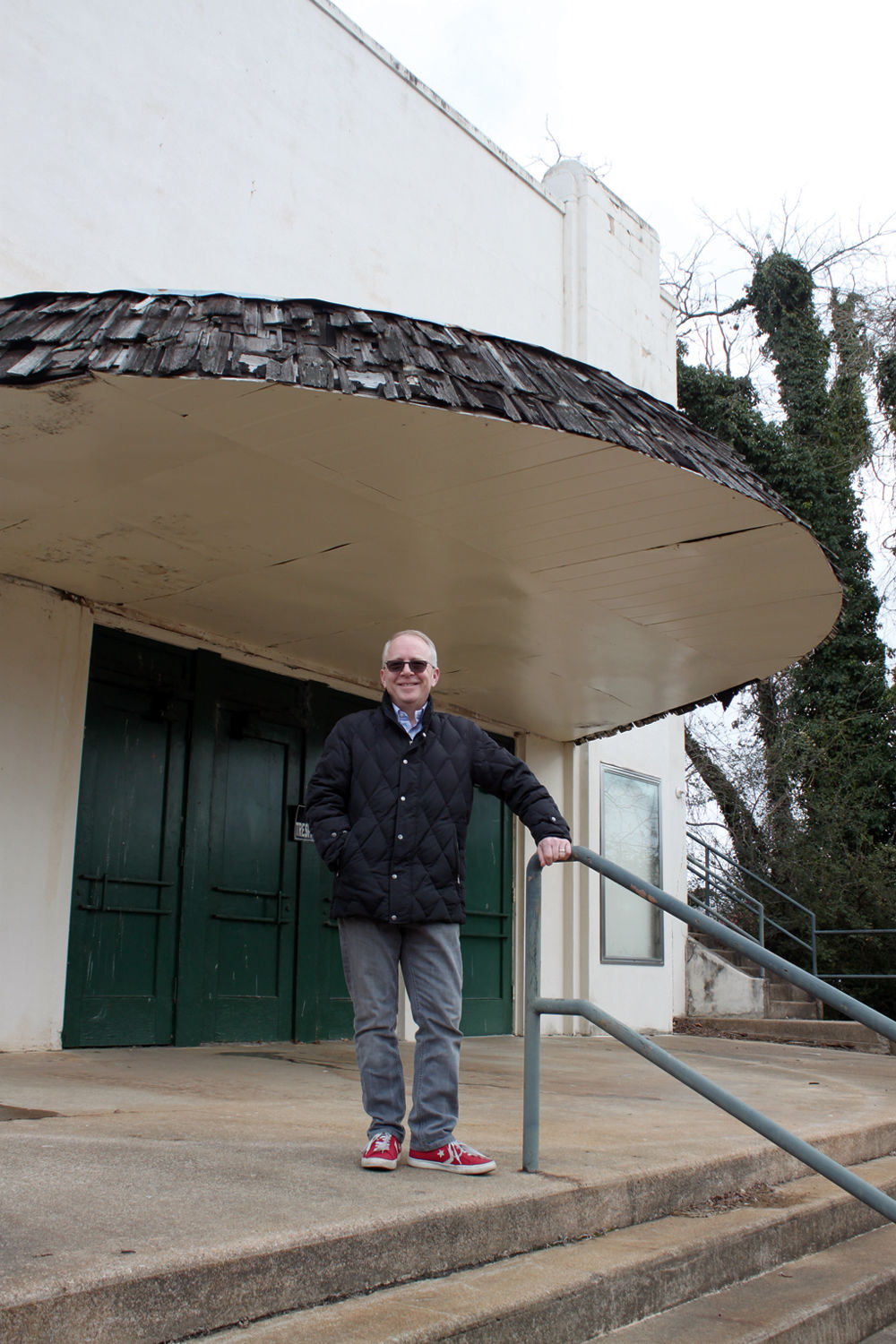 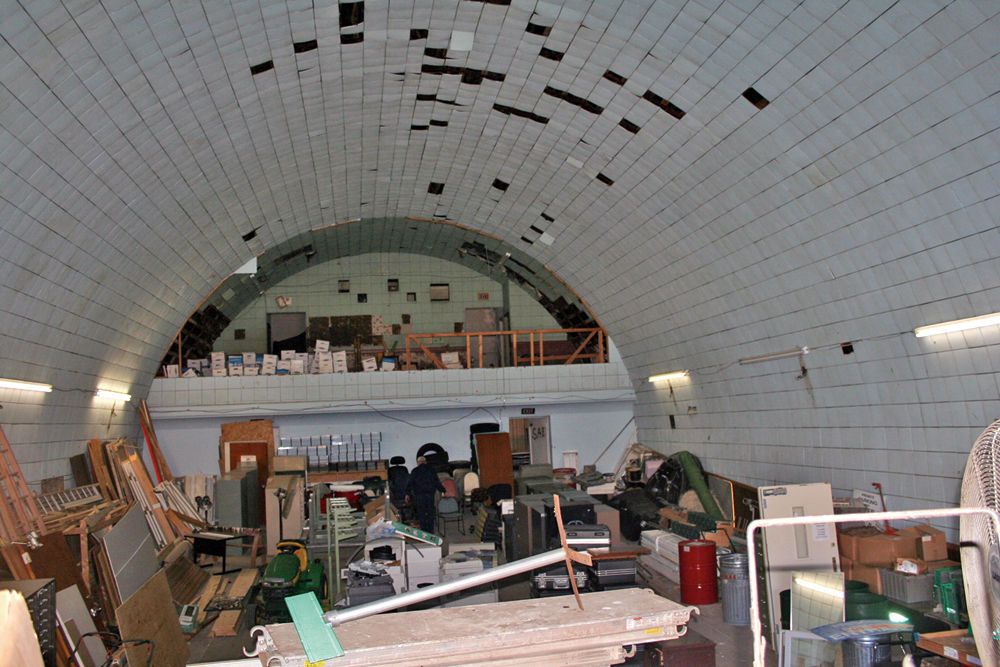 Once the county finishes cleaning out the theater, the high ceiling of the Quonset building will be perfect for casting.

The unique shape of the old theater building is ideal for Doomsday Tackle’s new fishing-research endeavor, with sunken-in floors for water pools and vaulted ceilings for far-flung lure castings.

Once the county finishes cleaning out the theater, the high ceiling of the Quonset building will be perfect for casting.

Monday night at the Pittsylvania County Board of Supervisors meeting, Steve DelGiorno will present an exciting and innovative economic development proposal during the public hearing on the county’s sale of the old Chatham Theater.

For the past two weeks, the county has advertised the public hearing for the sale of the theater, which has been utilized as a storage building for the county for over 20 years.

Located on the corner of Pruden and Bank streets and across from Reid Street Gallery, the building’s Quonset hut design is perfect for DelGiorno’s retro-branded startup tackle company.

Doomsday Tackle Co., which is two years old, is based in Nashville, Tenn.; however, DelGiorno wants to bring it to Chatham and use the old theater building as a design studio, logistics center, and warehouse with a retail element for products and apparel.

“This where its home needs to be,” he said. “It is ideally suited.”

He said the Quonset building complements the company’s 1950s army motif and has the added bonus of an incredibly high ceiling, making it possible to test baits and lures by casting from the old movie theater balcony into a large water tank below.

According to the Danville native, Doomsday Tackle Co. is the fastest growing tackle company in the industry. It began with one product, the Doomsday Turtle, and now has over 70 items, which are sold in venues such as Bass Pro Shops, Dick’s Sporting Goods, and Field and Stream stores. The Doomsday Turtle currently has its own 30 minute national infomercial.

The D-Hop is a top water bait and is unsinkable, he said.

DelGiorno hopes to take possession of the building in late February.

“I can’t wait to get in there and start renovating,” he said. He plans to paint the facade and brand it and fix the overhang over the front doors.

“I’m confident that it is going to draw people into Chatham,” he said. “ Fishermen will travel a long distance to see new baits.”

The company’s CEO is Will Stewart, “a highly talented designer” that DelGiorno hired a year and a half ago. DelGiorno calls Stewart, who lived in Japan for a while, “a multi-tasking Ninja.”

“We want to be innovative and edgy and create baits that catch fish,” he said.

According to DelGiorno, the Japanese are on the leading edge of design and quality in the industry.

Bass Master Pro David Mullins is also on board.

“This company was really started by fishing enthusiasts,” he said. “The irony is that once I started it, I haven’t had time to fish.”

“It’s my intention to load them up with support, baits, and help,” he said.

Doomsday Tackle Co. has an innovative product and has branded it for millennial fishermen, said DelGiorno.

“The fishing industry is attracting more and more young people. It used to be looked at as stodgy and no fun, no innovation,” he said. “Our mission is to become the largest and most innovative tackle company in the world.”

“I wouldn’t even be considering this if they hadn’t presented the idea,” he said.