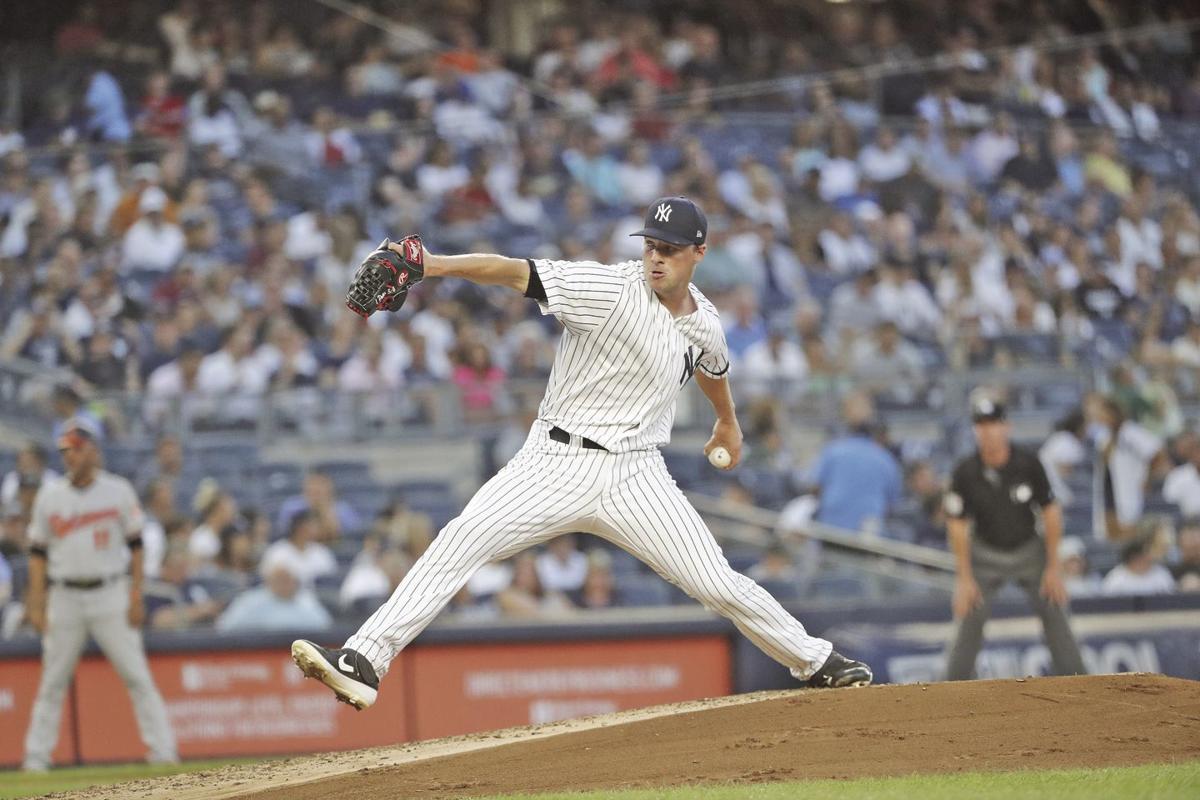 Joe Mantiply was called in to pitch for the New York Yankees during game two of a doubleheader against the Baltimore Orioles Monday, Aug. 12. Mantiply would be credited with the win. 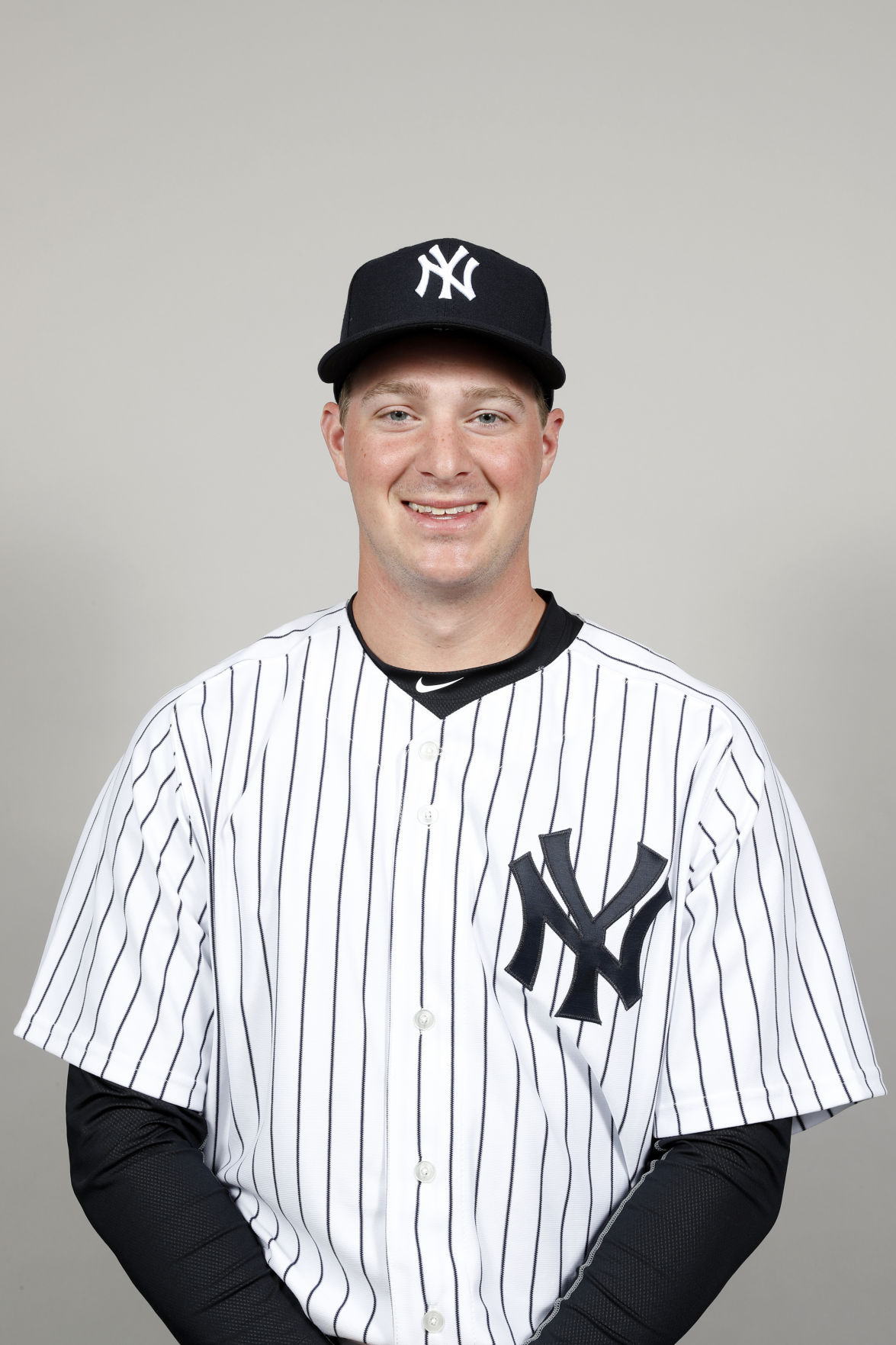 Joe Mantiply was called in to pitch for the New York Yankees during game two of a doubleheader against the Baltimore Orioles Monday, Aug. 12. Mantiply would be credited with the win.

Danville and Pittsylvania County native Joe Mantiply was credited with a win for the New York Yankees Monday, Aug. 12 against the Baltimore Orioles after getting called up Sunday.

Mantiply, 28, was picked up by the Yankees from the Cincinnati Reds Friday, Aug. 9 in exchange for cash considerations.

On Sunday, Aug. 11, Mantiply was signed to a Major League Baseball contract by the Yankees.

Monday, Mantiply was called in to pitch against the Baltimore Orioles in the second game of a doubleheader in the Bronx.

“It was incredible. So many thoughts go through your head thinking of him as a kid growing up, playing in high school and college. There have been so many people that have touched him in a positive way, and we thought of all of them,” David Mantiply said about the moment his son, Joe Mantiply, was announced as the new Yankee pitcher.

The Mantiplys were not able to be in Kansas City for Joe Mantiply’s debut as a pitcher for the Detroit Tigers in 2016, but this time, during his debut with the Yankees, they were.

Joe Mantiply pitched three complete innings and struck out two players en route to being credited with the win.

Orioles’ Trey Mancini hit one home run off Joe Mantiply during the game, but David Mantiply said Mancini had been tough against him all the way through the minors.

“I wasn’t nervous for him. He understood and felt like he belonged. It was a great feeling. He did exactly what he was supposed to do,” David Mantiply said about Joe Mantiply’s performance.

The Yankees beat the Orioles in game two of the doubleheader  11-8.

“The treatment I feel like I’ve gotten here has been incredible,” Joe Mantiply said about being able to put on Yankee pinstripes.

When Joe Mantiply was credited with the win, David Mantiply said he first heard it over the radio and began laughing.

“I got to thinking about it, and he was the pitcher of record in the fifth inning. The Orioles caught a break and scored some runs, and that’s when I started praying ‘okay, let’s win this game,’” David Mantiply said.

Following the game Monday, David Mantiply said the Yankees exercised an option on Joe Mantiply and sent him back down to the Triple-A Scranton/Wilkes-Barre RailRiders.

During the day Tuesday, Mantiply was designated for assignment for 72 hours.

During that time, any team can claim Joe Mantiply. After that 72 hour period, if he isn’t picked up by another club, he will stay with the Yankees.

“He’s not going to join the Triple-A team just yet. He’s going to wait and see what happens,” David Mantiply said.

Overall, David Mantiply said, it was a fantastic night and Joe Mantiply really proved himself.

“The Yankees organization is amazing. They treat the families of players like royalty. We talked about this today, I would have loved to be in that Yankees war room when the decision was made to move him up,” David Mantiply said. “Last night he really proved himself and this was a big step.”

During their time at Yankee Stadium, David Mantiply said they got to see pitcher C.C. Sabathia, outfielder Aaron Judge, and others on the current 40-man roster pass by as they waited for Joe Mantiply to leave the locker room.

While going through Yankee Stadium, David Mantiply said they used a hallway with numbers and players who were retired. He took his time going through the hallway.

“I thought of Mickey Mantle, Lou Gehrig and Derek Jeter. I mean my God, he was on the same field as Derek Jeter,” David Mantiply said.

“After coming down off the ceiling last night when the game was over, Nana and I are still celebrating his hard-earned success,” Dave Newman, Mantiply’s grandfather, said in an email Tuesday.

According to a Yankees press release Aug. 10, infielder Breyvic Valera was optioned to RailRiders, and left handed pitcher Stephen Tarpley was placed in the 10-day injured list with a left shoulder impingement.

Mantiply and Brady Lail, both pitchers, were selected and added to the Yankees’ 40-man roster.

Before the acquisition, Mantiply was a member of the Triple-A Louisville Bats, a minor league affiliate of the Reds.

In addition, Mantiply made one appearance at the Double-A Chattanooga Lookouts after returning form Tommy John surgery.

Mantiply was initially assigned to RailRiders before being signed to the Yankees’ 40-man roster Sunday.

Mantiply is a graduate of Tunstall High School and Virginia Tech.

“We carried a lot of Tunstall High School pride with us in that stadium,” David Mantiply said.

While Monday was Mantiply’s debut for the Yankees, he spent a brief stint with the Detroit Tigers in Sept. 2016 before being selected off waivers by the New York Yankees in Nov. 2016.

On Sept. 3, 2016, Mantiply made his major league debut with the Tigers and threw two pitches in 0.1 innings.

The Yankees initially released Mantiply before signing him as a free agent during Nov. 2016.

Joe Mantiply spent the entire 2017 season with the RailRiders.

In Nov. 2017, Joe Mantiply signed as a free agent with the Reds.

The Mantiplys are looking forward to seeing Joe Mantiply continue in the majors, and are thankful for the experience with the New York Yankees Monday.