Mobile home in Blairs a total loss after early …

USPS botched tens of thousands of deliveries at… 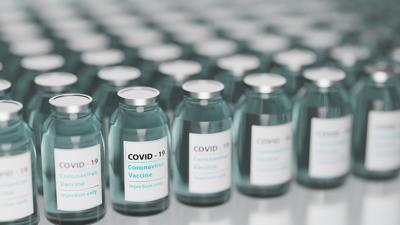 Virginia ranks last among all states in vaccine doses used out of those distributed.

CHATHAM, Va. — Over the weekend, the Pittsylvania-Danville Health District announced an online pre-registration portal for local residents to initiate the process of receiving the vaccine that immunizes against COVID-19. Since Friday, Chatham residents have voiced concern over a reported problem with the system that hinders certain elderly, medically vulnerable patients from receiving their dose.

What local residents are calling an "error" in the Health District's methodology revolves around a patient survey that is prompted at pre-registration. The survey does not provide a field to express pre-existing medical conditions or other health-related urgencies that would help prioritize certain patients over the age of 65. These are the patients who qualify for Phase 1b vaccination, which has been underway since Jan. 18 in Danville and Pittsylvania County.

Jordan Kee of Chatham is fearful for the safety of her husband, Robert Kee, a 74-year-old man who has undergone three heart surgeries and takes 11 prescribed medications per day.

Jordan and Robert have been in Chatham for 20 years. Robert is a retired Science Department chair at Hargrave Military Academy. His last cardiac surgery was a total aortic valve replacement in 2019.

"The registration form provided today does not allow any comment about health conditions or status," Jordan said. "We are not special. There are many others who are just as needy and need to be heard. Rural Virginia is just not being cared for."

The Kees' frustration is at a peak after having not visited any family or friends since August. No one except a repairman has been to their home. They wear a mask to go out, but always order online and pick up outside.

"[We need] a way for folks over 65 with health conditions to be heard," Jordan said.

Another Chatham resident is concerned for her safety after reportedly coming up as "unqualified," despite being 77 years old with pre-existing medical conditions. This resident agreed to be interviewed under the pretense of anonymity, as she is "afraid if I give my name, they will take me off the list." For this purpose, she will be referred to as Jane Doe.

"In the State of Virginia, every health department should be able to take care of their people. But it's not working," Doe said.

When asked if the patient survey at pre-registration allowed any space to specify any urgent medical conditions or medical history, Doe said, "The form wasn't like that. Just my name, age, and if I lived in the county or the city. That was about it."

Doe tried for several days to get in touch with the Health Department, but to no avail. Only this morning was she directed to the correct website to pre-register.

"I am a diabetic, so to me, that is a condition that I should be able to get one [a vaccine]," she said. "I know there are some people worse off than I am, but still, a diabetic is a diabetic. It should at least be taken into consideration."

Doe, who also takes care of her mentally disabled husband, is worried about other elderly patients who either do not have access to a computer or are computer illiterate, following the health department urging all patients to pre-register online as the phones are reportedly oversaturated to the point that it is nearly impossible to speak with anyone.

"It is frustrating, there's people out there much older than me going through the same thing," Doe said. "They don’t know how to register unless they have someone in their family who is able to do this for them. They should be tended to, too."

Doe's and Kee's message to the Pittsylvania-Danville Health Department is, "don't take any more people than you can handle."

"I'm worn out with it, trying to get a vaccine," Doe said. "My sister-in-law in Wentworth, North Carolina—she was there at the Health Department from 8:30 a.m. until 4 in the afternoon get a shot. But at least she got one."

Virginia ranks last among all states in vaccine doses used out of those distributed. Just over 40 percent of doses delivered have been used, versus rates as high as 85 percent in North Dakota.

"Sadly, it appears that the medically fragile are just lumped in with everyone else," Kee said. "My heart hurts for so many."