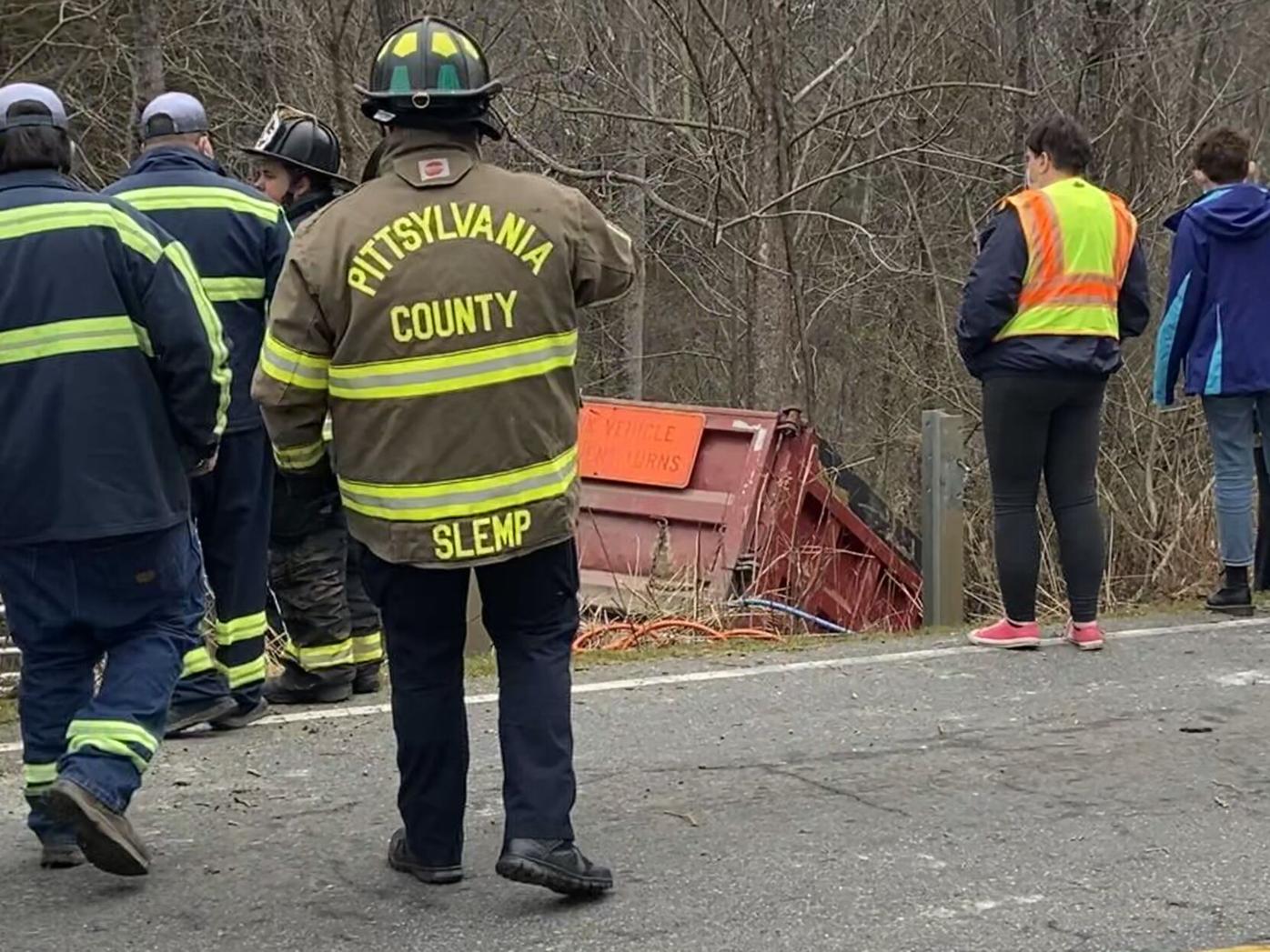 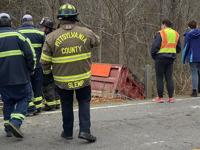 Eight different rescue and public safety agencies arrived on the scene of the single-vehicle dump truck crash this morning. 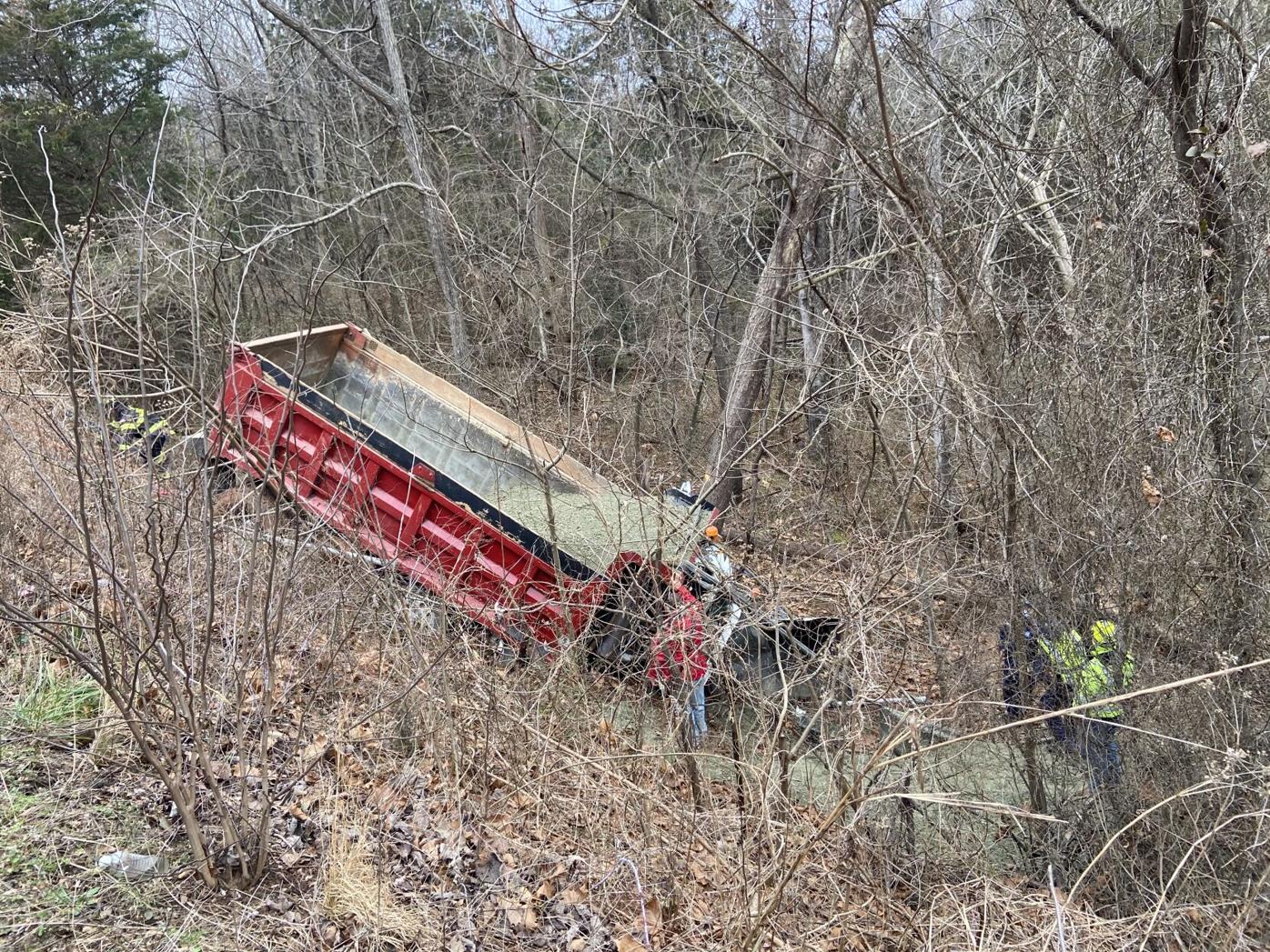 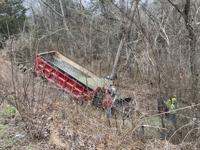 The driver of the dump truck, which was carrying gravel, is still entrapped. 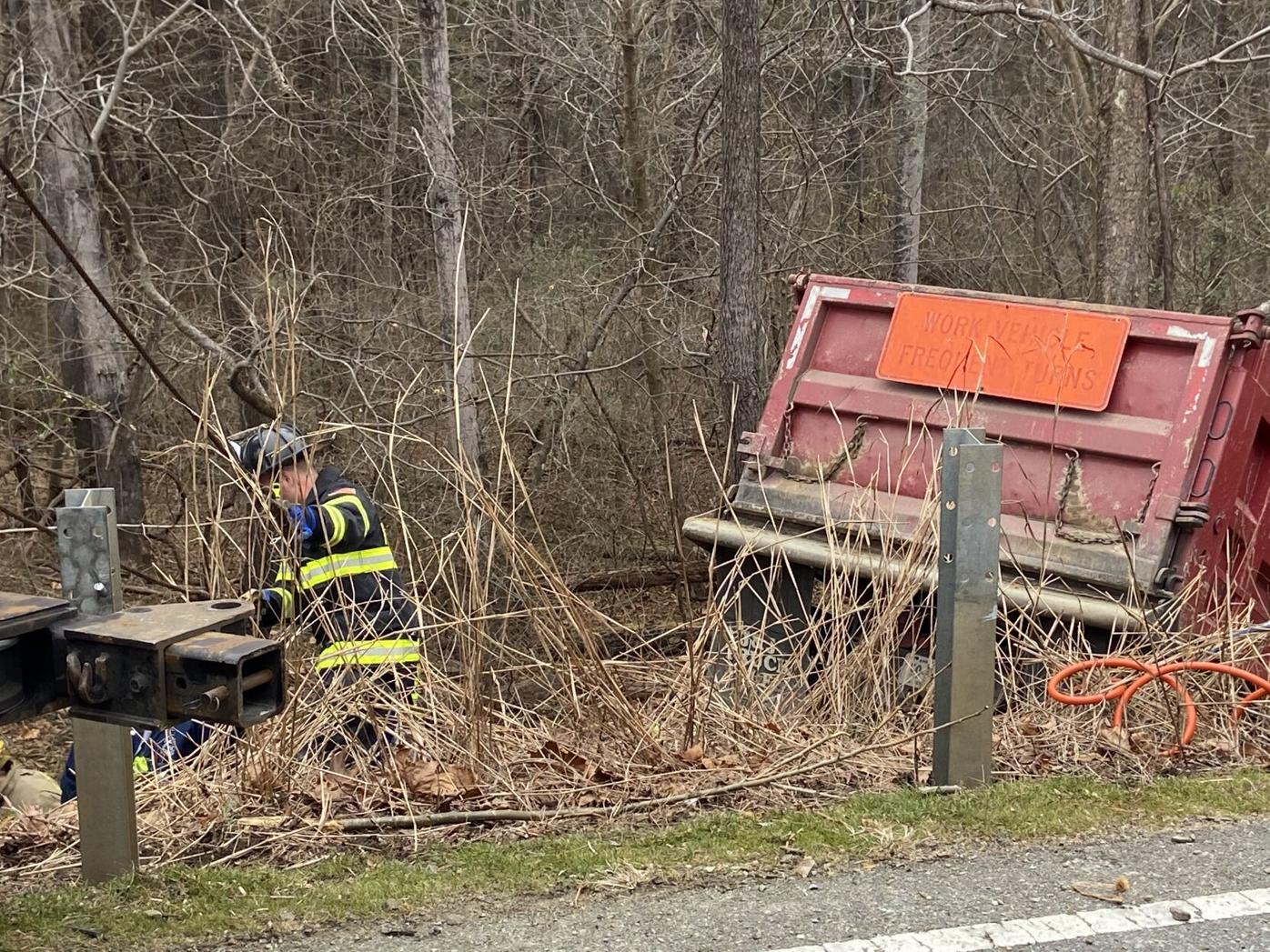 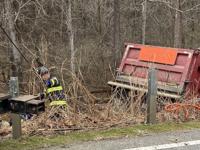 Firefighters descend into the embankment in an attempt to rescue the entrapped truck driver.

Eight different rescue and public safety agencies arrived on the scene of the single-vehicle dump truck crash this morning.

The driver of the dump truck, which was carrying gravel, is still entrapped.

Firefighters descend into the embankment in an attempt to rescue the entrapped truck driver.

Update - Jan. 18: Public safety officials confirmed this morning that the dump truck driver in Friday's Gretna Road crash has been released from the hospital and is in stable condition.

The helicopter that landed at the Sandy Level baseball field was not utilized. The driver was transported to the hospital by ground, where he was treated and later released.

"Everything turned out really well," Blairs Volunteer Fire & Rescue public information representative Scott Eanes said. "The hardest part was just getting him out."

Original story: SANDY LEVEL, Va. — A dump truck traveling eastbound on the 11000 block of West Gretna Road in Sandy Level this morning lost control and crashed through a guardrail in the opposite lane.

The truck, which was carrying gravel, crashed through the guardrail and fell down the embankment. The weight of the loaded box bed crushed the cabin and entrapped the driver.

The driver has been entrapped for an hour. Officials confirmed he is conscious and alive, but a Virginia State Police spokesman told the Star-Tribune he anticipated it would take at least four hours to free the driver.

A ladder was deployed to travel down the embankment and chain saws were in use in an attempt to cut away part of the truck’s cabin to free the driver.

Virginia State Police have no details on how the truck lost control or the identity of the driver at this time.

VDOT has closed West Gretna Road starting in the 10800 block.

Land’s Towing Company arrived from Chatham with a heavy rescue truck and is working to pull the dump truck out of the embankment.

An emergency helicopter will land at the Sandy Level ball field if the entrapped driver needs to be airlifted.

More information will be added to this report as it becomes available.