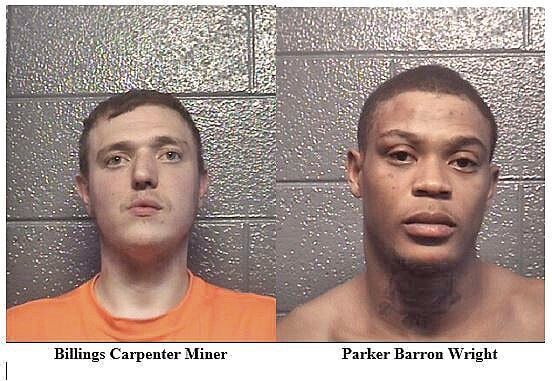 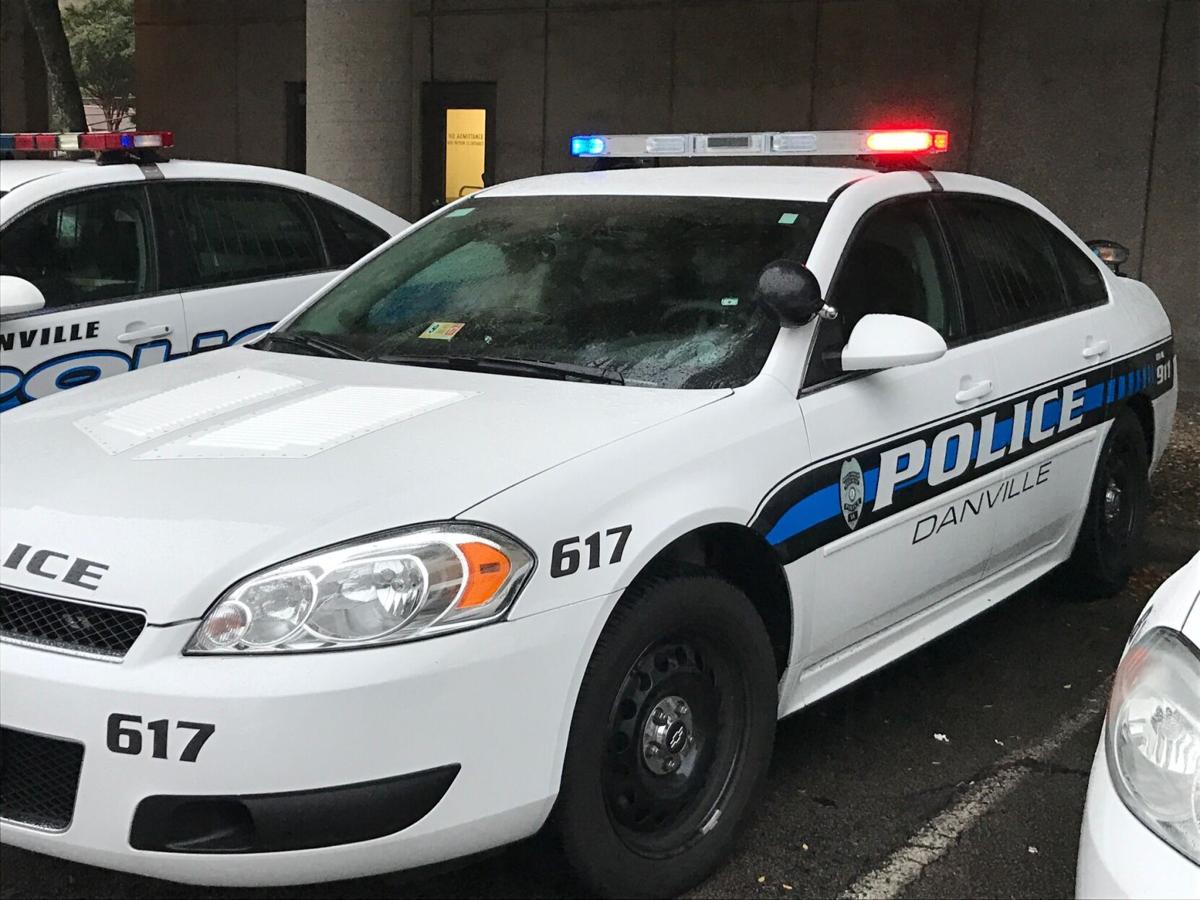 The Danville Police Department responded to a shoplifting in progress call at the Walmart Supercenter, 515 Mount Cross Rd, after 2:00 PM this afternoon.

Officer S.C. Parker approached two male suspects near the store exit in cooperation with Walmart loss prevention.  The suspects did not comply with requests of the officer and the interaction continued to the parking lot where apprehension efforts took place with the first suspect, 24-year-old Parker Barron Wright of Ruffin NC.  Wright violently resisted arrest and his actions included assaulting Officer Parker and breaking free to the getaway vehicle which was then occupied by the second suspect who retreated to the car and was driving, 21-year-old Billings Carpenter Miner of Semora NC.  Once both suspects reached the getaway car, Officer Parker continued pursuit on foot in the lot, but Billings Miner drove in a manner as if to hit the officer.  Officer Parker was not struck as Miner recklessly drove away.

Officer Parker had bleeding injuries to his face and was immediately treated at the scene by a citizen, only known to be a nurse as she described herself to him, who he greatly appreciates helping him and asks to contact the police department if possible so she can be recognized.  After receiving further medical attention at the scene, the injuries are not considered serious or in any way life threatening.  A loss prevention officer was transported from the scene for medical care from the altercation as well.

Once the car sped off, missing the officer, it struck a vehicle on the lot of Walmart and continued away without stopping.

The suspect vehicle then disappeared from the view of the Walmart lot going south on Mount Cross Rd out of sight.  No officer was in position or able to pursue the vehicle as it fled.  As the suspect vehicle fled the area, it made its way down Piedmont Drive to the intersection of Executive Drive where the getaway vehicle struck another vehicle and became immobile.  A separate responding Danville Police officer saw the accident and the occupants attempted to flee on foot.  Both suspects were apprehended near the accident scene on Executive Drive and taken into custody.

The driver of the vehicle struck by the getaway car on Piedmont Drive and Executive Drive was transported to the hospital for treatment of injuries.

The passenger, Parker Barron Wright, was charged with felony assault and battery on police officer, obstruction of justice, shoplifting, disorderly conduct, and a warrant he was already wanted on for fraud-obtaining money by false pretenses from Danville was served.  He was also held under no bond.