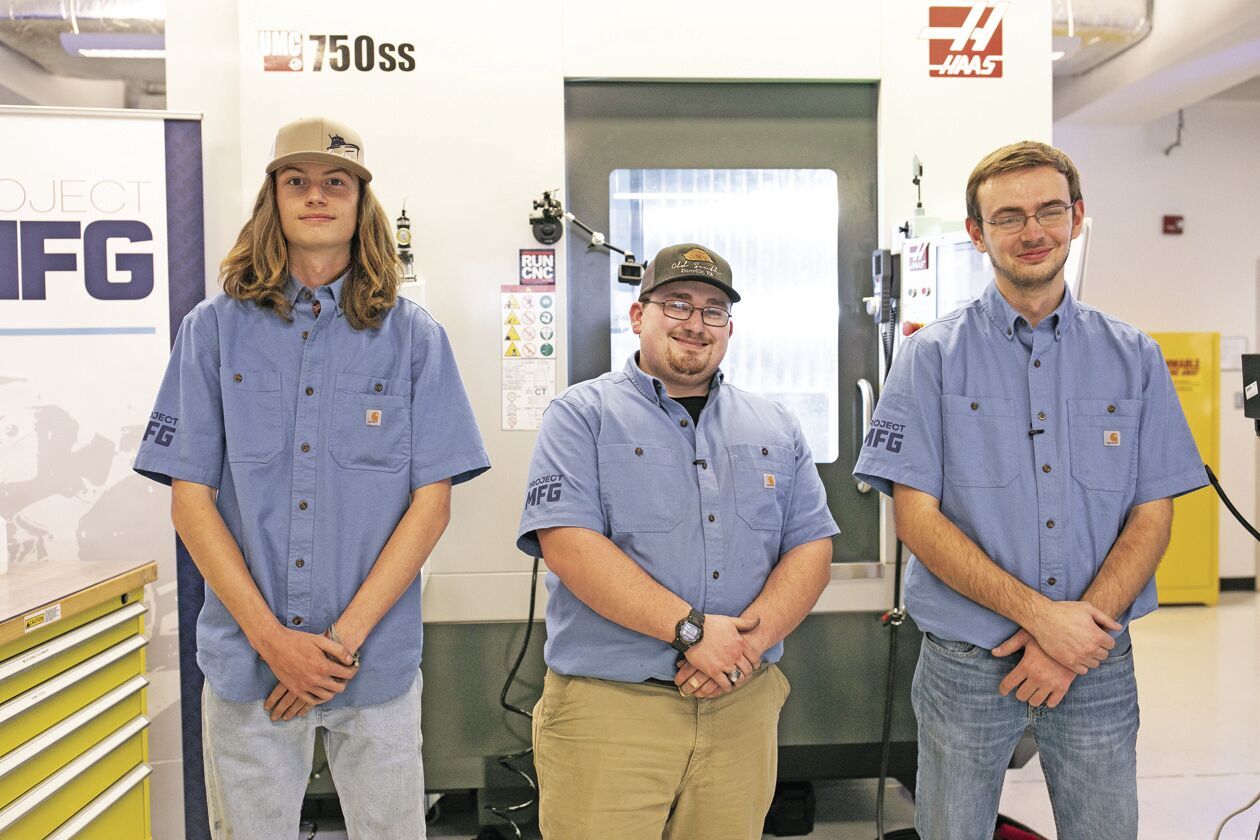 Koby Carter, Trent Oswald and Chase Smith were on the winning Danville Community College team of Clash of Trades, a national competition of skilled trades. 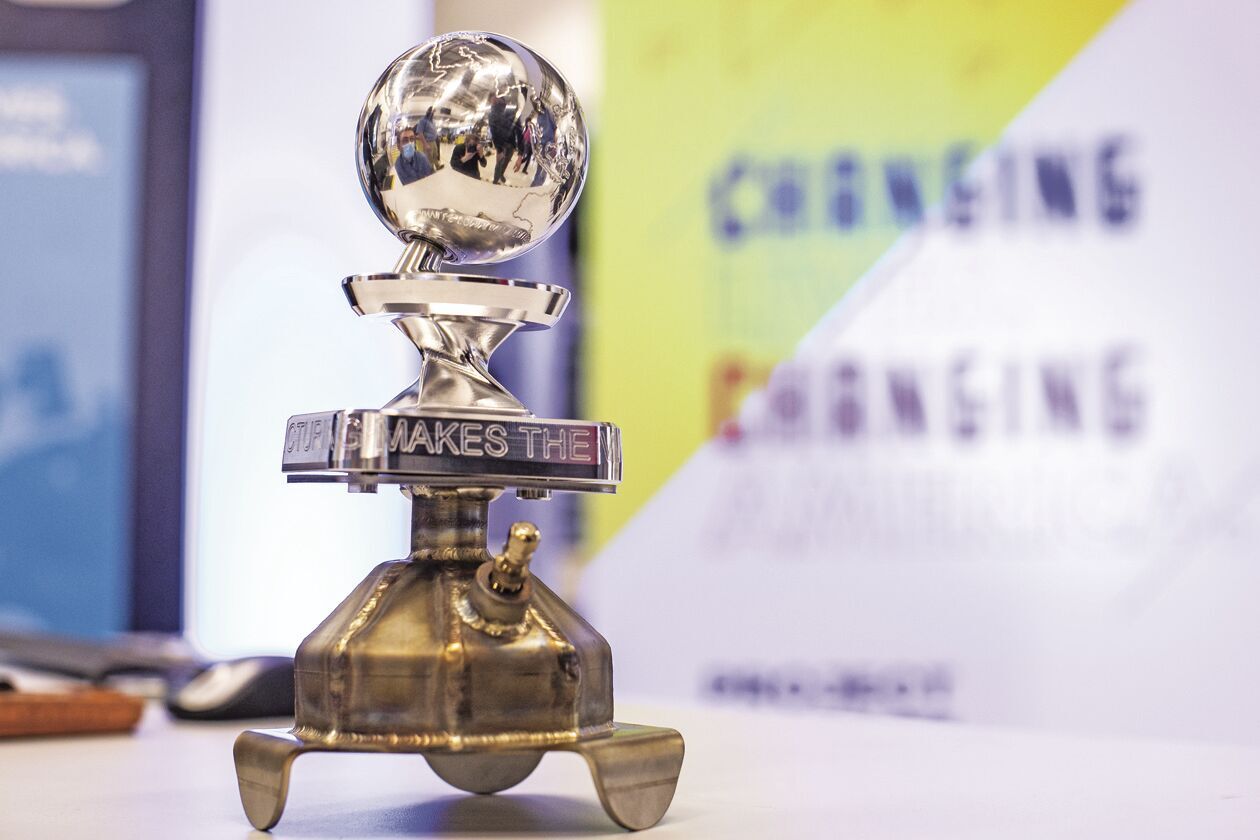 The team of one welder and two programmers had to create this trophy in 16 hours. The team’s work earned them the first place spot and prize money.

A team of Danville Community College students competed in a national skills trade competition designed to bring publicity to the trades, and won out of 23 teams. The team brought home $35,000 in prize money; $20,000 of which went to the school. Each team member received $5,000.

Chase Smith, Koby Carter and Trent Oswald comprised the team that competed in “Clash of Trades,” a YouTube show presented by Project MFG, that aired the final competition on April 20. The competition was funded by the U.S. Department of Defense, bringing attention to the areas of welding and precision machining.

The show highlights that the world of manufacturing is experiencing “exponential change,” but also that new technologies are not preventing jobs. In fact, the skills gap may leave more than two million positions unfilled if more young people do not enter skilled trades, which has been declared by the U.S. Department of Defense as “one of the most vital challenges for the US defense industrial base.”

The teams competed with seven other states in state, regional and national rounds, and DCC ended up in the final four. DCC competed with three other teams in the finals to create a trophy with three parts. Programmer Oswald, programmer Smith and welder Carter worked together to build the trophy, which consisted of a base, an engraved neck and engraved globe topper.

The team had two days to finish their trophy, and DCC was the only one that finished the globe and made the correct contours in the neck.

Oswald, a recent DCC graduate and Pittsylvania County native, said the globe was the hardest part. They were given the blueprints for the other two parts prior to the competition, but the globe was a surprise.

“We thought it might be a globe on the top, but we weren’t sure,” Oswald said. “We tried to prepare ourselves, but we’ve never done anything spherical.”

A panel of expert judges rated each school’s trophy, and DCC emerged victorious. Oswald was watching the show with his family on YouTube when they found out the team won.

“It was kind of a shock,” Oswald said. “I thought it wasn’t real but then everyone started calling me. I was in shock but excited at the same time.”

“Me and a colleague decided to make a trip to Auburn, Alabama where the first competition was being held to educate ourselves on the rigors of this challenge,” Williams said.

Williams took the information back to his students, coaching those who were willing to step up and compete prior to each level of competition.

With a win under their belt, Williams is excited for the students who achieved the honor in a competition that is uniquely poised to challenge students in advanced manufacturing programs.

“The skills that these teams must possess is significantly greater than for any other skilled trades competitions in the country,” Williams said. “Many individuals in industry go an entire career without the skills or understanding of how to accomplish the task given to these competitors. This challenge not only tests a student's skills on an individual level (welding and multi-axis machining), but it also tests their ability to communicate effectively and work with a team.”

County-native Smith wasn’t able to watch the show on YouTube when it premiered, but knew the team had won when he started receiving communications from his teammates and teachers. He said the experience of winning was special, especially with his teammates alongside him.

“I never went to school with Trent or Koby, so it was nice to work with them on this team,” Smith said.

Dr. Brian Jackson, vice president of workforce services at DCC, said he is proud of the group of students for their win.

“The accomplishment of this win by the DCC team proves the caliber of the programs and the quality of the students who are a part of the CNC and welding programs,” Jackson said. “I feel the best use of the winnings will be to reinvest them into the respective programs to improve the future outcomes in CNC and welding.”

Lanie Davis, a Danville native, joined the Star-Tribune in 2018 as a staff writer. Lanie was awarded 1st place in Education Writing by the Virginia Press Association in 2019.