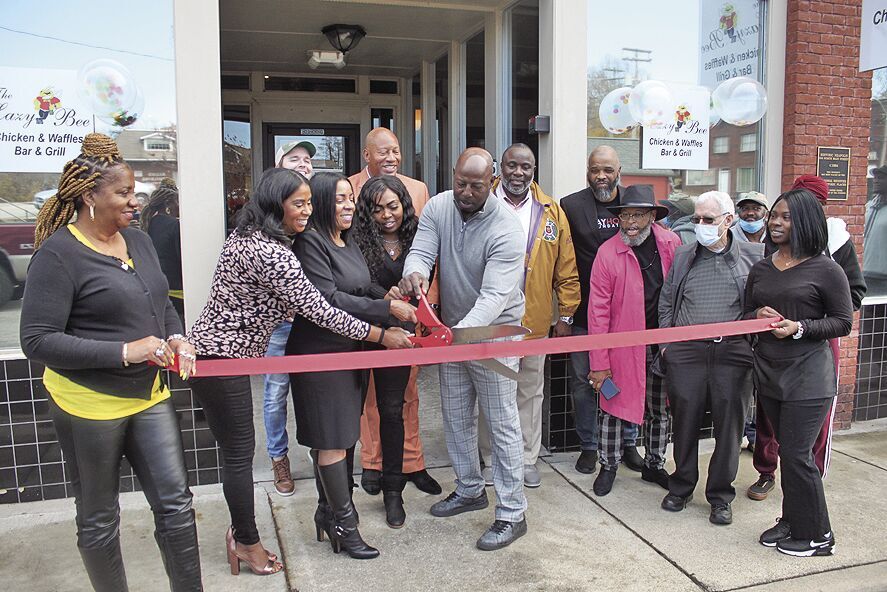 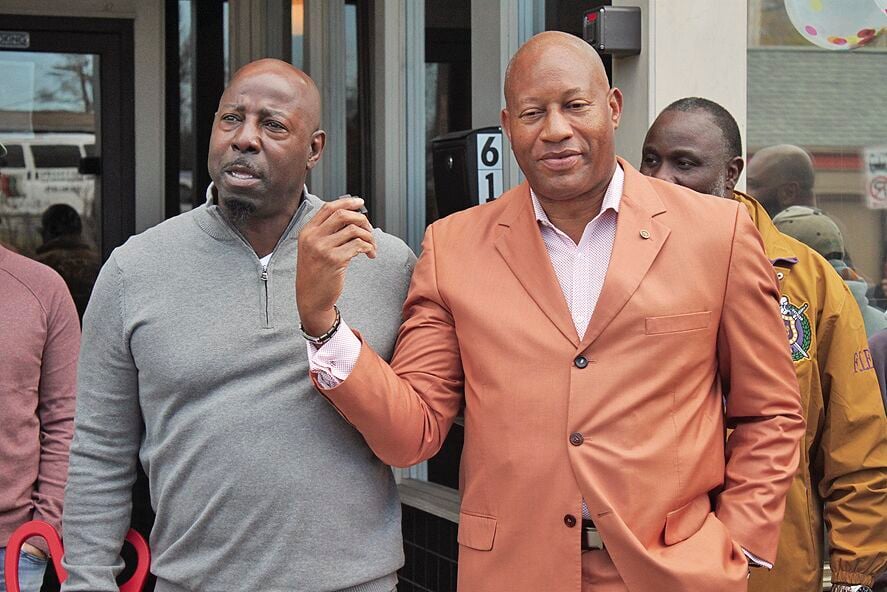 Owner Eljir Clark explains what kind of restaurant The Lazy Bee is and what hours they will operate.

The Lazy Bee Chicken & Waffles Bar & Grill opened up shop at 616 North Main Street. Owner Eljir Clark is a Danville native who is returning to the River City after 25 years in Greensboro.

Danville Mayor Alonzo Jones, a friend of Clark’s, helped cut the ribbon and welcome the eatery to Danville on Monday afternoon. Jones and Clark previously worked together to found People Helping People, a Danville-based nonprofit organization.

Clark explained his return to Danville.

“I talked to a couple friends of mine, and they were telling me how Danville is growing and mentioned something about the casino,” Clark said. “I figured I would want to be a part of that. So, here I am.”

Although Clark has spent most of his career in the fitness industry, he previously owned one other restaurant.

“Restaurants can be a profitable business,” Clark said. “I know we went through this COVID for a while, and people were afraid to go to restaurants.”

“It’s going to be a chicken and waffles restaurant, but it’s also going to be a sports bar,” Clark said. “Something a little different.”

Clark mentioned arm wrestling tournaments, rock bands and country bands as some of the entertainment the restaurant will host.

“We’re just trying to cater to the community,” he said. “We want to bring everybody together.”

The restaurant will be open from 11 a.m. until 11 p.m. Monday through Thursday and from 11 a.m. to midnight on the weekends.