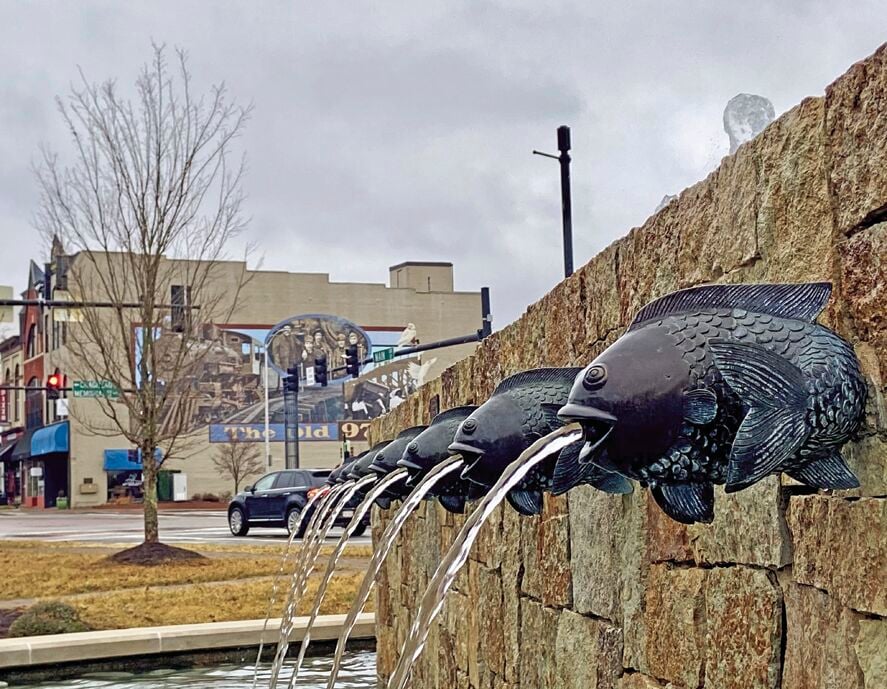 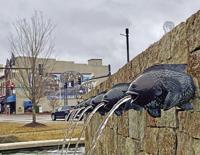 The Wreck of the Old 97 mural as seen from the JITI Fountain, a Virginia historic site representing the seven blocks of the Tobacco Warehouse District. 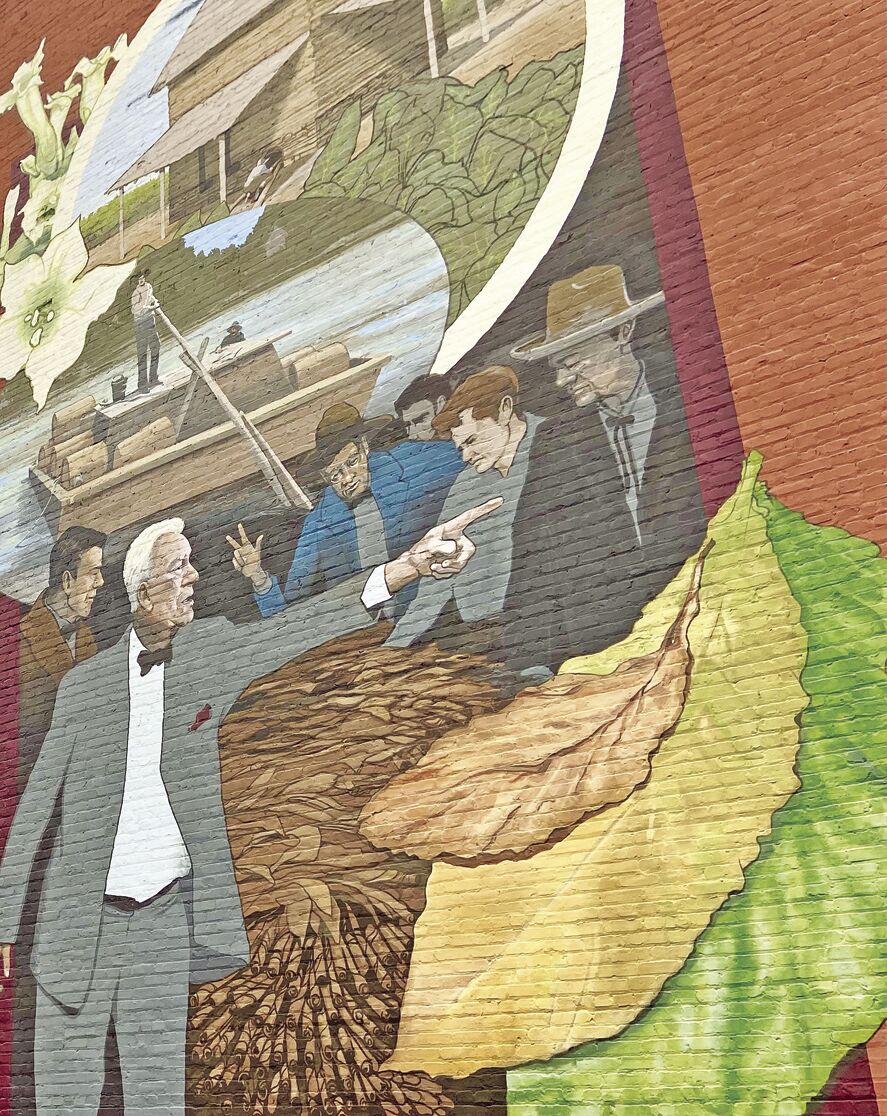 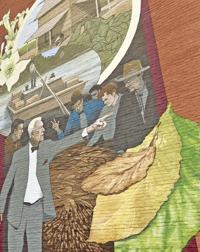 The tobacco market mural commemorates the history of Danville as the epicentre of the tobacco trading industry. 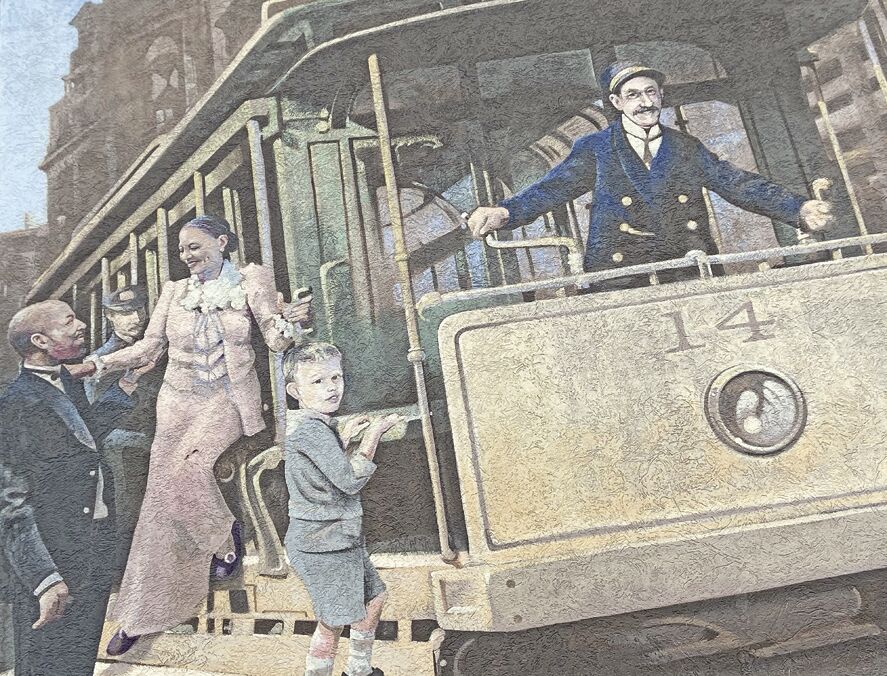 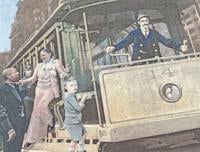 The transportation mural is aptly located adjacent to the Danville Transit hub. 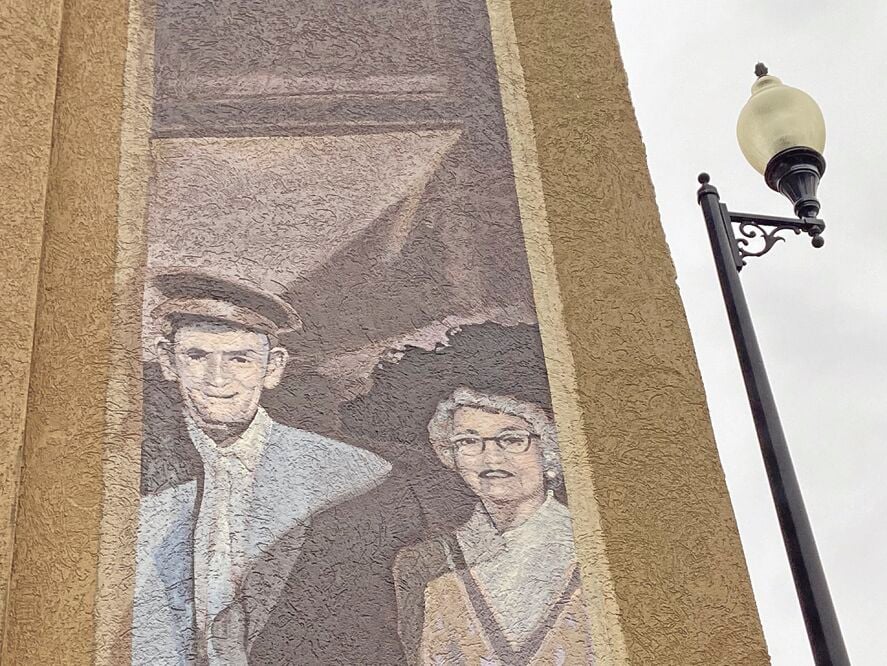 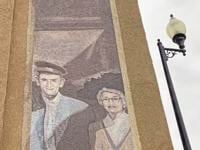 These faces are just a small piece of the transportation mural, located on North Union Street in downtown Danville. 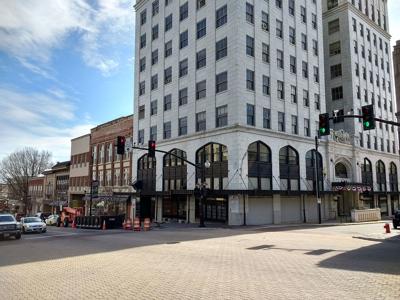 DANVILLE, Va. — Have you been downtown recently? If you have, you've probably noticed three conspicuous displays of public art, each depicting Danville's storied past to be regarded by tourists and Danville area natives alike.

According to the RDA, the murals fill a void for easily accessible public art in the community, they stimulate economic development in the Historic Districts by attracting tourists to Danville to view the murals, and they provide a panoramic history lesson to tell Danville’s stories with sensitivity and respect, while fostering a sense of pride in the community.

"The Downtown Danville Association was the entity that was involved in the three murals," River District Association Executive Director Diana Schwartz said. "And Wes Hardin, he happened to be the artist chosen for those three projects."

Chicago-born, Alabama-raised muralist Wes Hardin was commissioned for all three projects in Danville's downtown. Hardin was awarded his first mural commission at the age of 18.

Schwartz expounded upon the historical significance of Danville's three most prominent murals while pointing out smaller murals in the River District, such as the RDA logo and the smaller Coca-Cola mural.

"There's the tobacco market mural on Craghead Street. That was the last of the three that was installed," Schwartz said. "Of course, the tobacco mural is to commemorate the history of Danville as the epicentre of the tobacco trading market for a long, long time. That mural is very interesting, because there are some depictions in there of people who actually lived and worked in Danville. There is a lot of history there—not only the subject, but the people as well."

The first visible mural when entering downtown from the Martin Luther King Jr. Memorial Bridge is the Wreck of the Old 97, where Main Street, Memorial Drive and Craghead Street meet.

"There's a lot of history on that wreck that happened in downtown," Schwartz said. "There's songs about it—the train that was going too fast around the curve, and unfortunately flew off the track. That mural is commemorating that historic moment in time."

"That, of course, is to commemorate the trolleys and transport network in Danville," Schwartz said. "That location is where the transit bus system is, and the trolley system hub is there, so that was an appropriate location."

Years of progress and millions of privately-funded dollars have been funneled into revitalizing and beautifying Danville, and as downtown Danville joins Las Vegas and Atlantic City on the list of American cities to boast a Caesar's casino resort, Danville's historic districts will only continue to be adorned.

"When the River District Association began the Historic Murals Program, our objective was clear," Schwartz said. "We wanted to do something that would bring people downtown again."