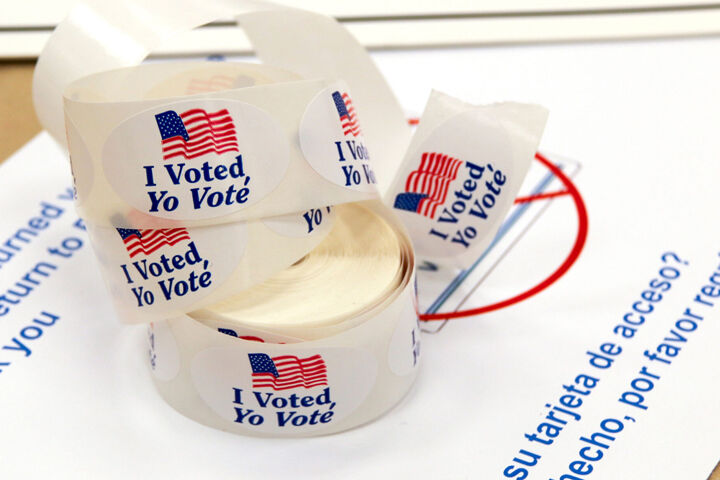 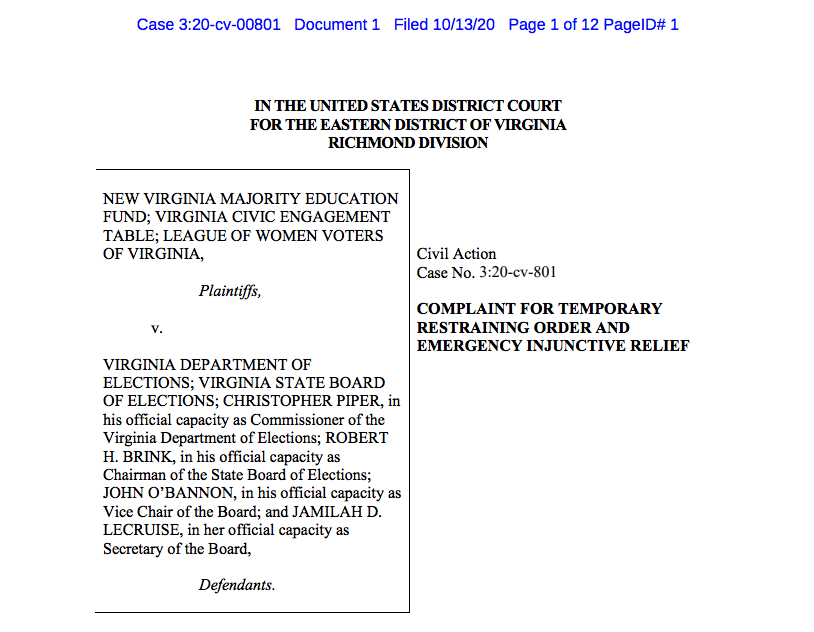 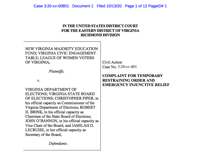 The cover of the lawsuit which ultimately led to a 48-hour extension for voter registration in Virginia today.

A fiber optic internet cable was severed yesterday near Richmond, shutting down the online voter registration portal on the final day Virginians could register to vote for the Nov. 3 general election.

Later yesterday, a lawsuit was filed against the Virginia Department of Elections, despite officials announcing the fissure was fixed about six hours after it was first reported.

The Lawyers’ Committee for Civil Rights Under Law filed a complaint that states the Department of Elections must allow a 48-hour extension for voter registration in Virginia as well as making "a significant effort" to inform the public about the extension.

“Absent relief, voters who attempted to register to vote through the online portal on Oct. 13, 2020, but were unable through no fault of their own, will be absolutely disenfranchised in the upcoming elections,” authors state in the lawsuit.

"Unless the voter registration deadline is extended, Plaintiffs’ members and other citizens of Virginia will be irreparably disenfranchised in the coming general election," lawsuit authors wrote. "Plaintiffs themselves will be prevented from helping citizens register to vote through the online voter registration system, frustrating their core mission and activities in advancing that mission, and thereby disenfranchising those citizens in the coming general election."

A similar issue reportedly happened in October 2016, when voters in Virginia attempting to register were fed a "file not found" message. The deadline to register at that time was extended.

Yesterday was the last day to register to vote, and lawsuit authors argue that it is a day receiving more requests than usual, as Virginians are reminded on the news and through social media platforms about the closing deadline.

The Virginia Department of Elections this morning issued a statement of extension for voter registration.

"Today, a federal district judge extended the deadline for citizens of the Commonwealth of Virginia to register to vote through Thursday, Oct. 15, 2020," Department of Elections Media Representative Andrea Gaines shared with the Star-Tribune. "This extension will provide all eligible Virginians with the opportunity to participate in the 2020 November General and Special Elections by registering to vote on or before Oct. 15, 2020."

Voter registration can be updated in-person at a registrar's office DMV or social services office, by mail postmarked before Oct. 15 or online at elections.virginia.gov/voterinfo.

"The Department welcomes today’s court decision to extend the voter registration deadline through Thursday, Oct. 15," Department of Elections Commissioner Chris Piper said this morning. "This gives eligible Virginians additional time to register or update their current voter registration record. We encourage Virginians to access the Citizen’s Portal...today or use one of the many other options available for registering to vote.”