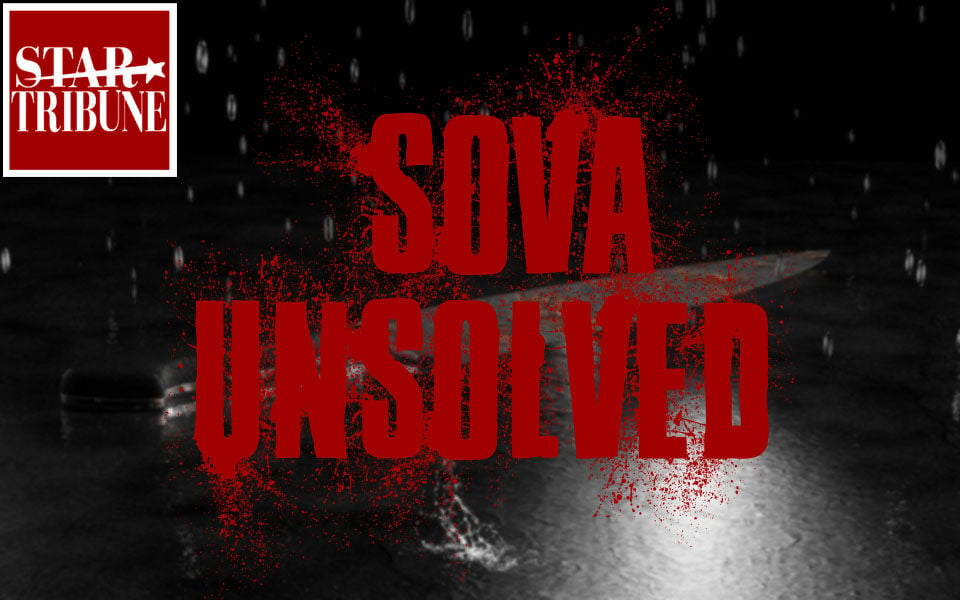 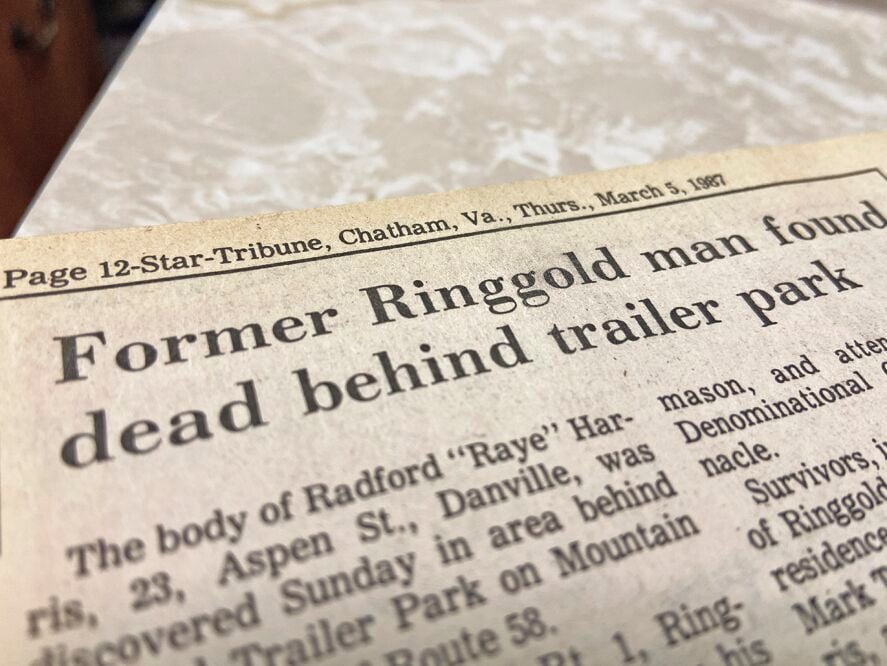 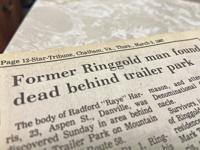 Those reading this March 1987 Star-Tribune snippet had no way to know the case would remain unsolved 24 years into the future.

PITTSYLVANIA Co., Va. — On today's date precisely 34 years ago, family, friends and law enforcement were searching industriously for 23-year-old Radford "Raye" Harris of Danville. It would be March 1, 1987, when his body would be found in a trailer park in the Mt. Hill community of southeast Pittsylvania County. This case remains unsolved.

"His nickname was Raddy. Everyone that knew him called him Raddy Raye," said Pittsylvania County Sheriff Mike Taylor, who has worked this case since day one. A photograph on Taylor's desk serves as a constant reminder and motivator for him.

Harris lived with his mother on Third Avenue in north Danville. When he went to visit his father in Pittsylvania County early Valentine's Day morning in 1987, nothing seemed out of the ordinary.

"He was grown, but he still told his mama where he was going," said Helen Wilkerson, Radford's aunt and one of his last living relatives. "We got worried after 48 hours, of course. We thought he was too old to be 'missing,' but we got worried."

It was Radford's mother who first reported him missing, Taylor said.

"It was a Saturday morning, early in the morning," he recalled. "I was on weekend call. Someone saw his dad's truck, which he usually drove, and it was sitting at the bottom of a mobile home park in the Mountain Hill community. It was just right at the bottom of the hill, pulled up next to the woodline. There was a man out walking his dog and happened to see it first."

Family and friends flocked to the area and began to search. What they found was rather horrific.

"It was not in a concealed manner, but his body was in the woods about 80 or 90 feet in," Taylor said.

Harris had been shot to death.

"He was found fully clothed. It didn't appear to be a robbery," Taylor said. "We were notified mid-afternoon, and I responded. The weather was like it is now, very cold, with ice on the ground."

Harris was set to attend a friend's wedding the very same day he went missing. His last known words were uttered over a chilling telephone call, which was placed to a friend who was in the wedding.

"The last person we knew he spoke to was by telephone, and the friend asked if he was coming to the wedding. He said, 'I don't know. I met someone, let me get back to you,'" Taylor said. "His friend said something like, 'Radford, we have this wedding planned. You're part of our family, we want you there.' And Radford said, 'I'll let you know.' They never heard from him again."

After the remains of Harris were located, the investigation was underway immediately.

"We started the process of interviewing people, doing the crime scene work," Taylor said. "My thoughts were, in this mobile home park, somebody is going to see something, someone is going to hear something. We found out as we went along into the days and weeks that information was very limited coming in about it. We interviewed, polygraphed, made searches... and then, the case just went cold."

Harris was well-liked and praised by all of his family members, friends and coworkers. He worked as a brick mason, and was known to have many friends. The thought of someone disliking the young man simply seemed far-fetched at best.

"That boy was a good boy," Wilkerson said. "He worked hard."

"He was well-known in that Mountain Hill community," Taylor added. "He had a good reputation at work, just a nice young man. Everyone gave him high regards."

Several people called in to the County Sheriff's Office and offered names, but each one of those people was interviewed and had an established alibi.

Wilkerson said the family has begun to feel some desperation. "The whole family is dying out," she said, choking up.