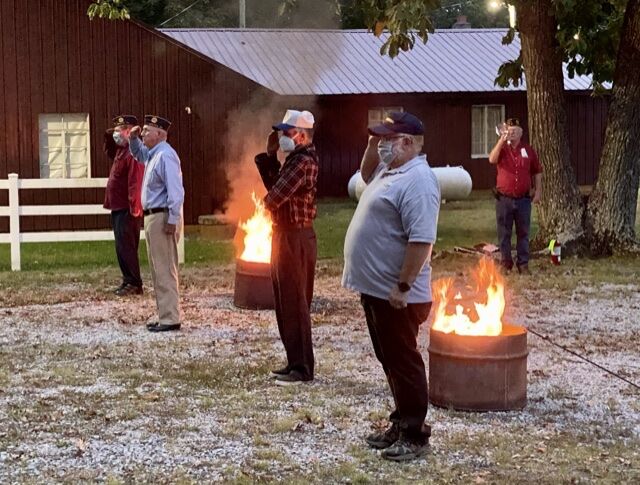 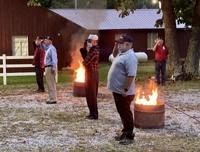 Post 232 members stand and salute as Taps is played at the conclusion of the retirement ceremony. 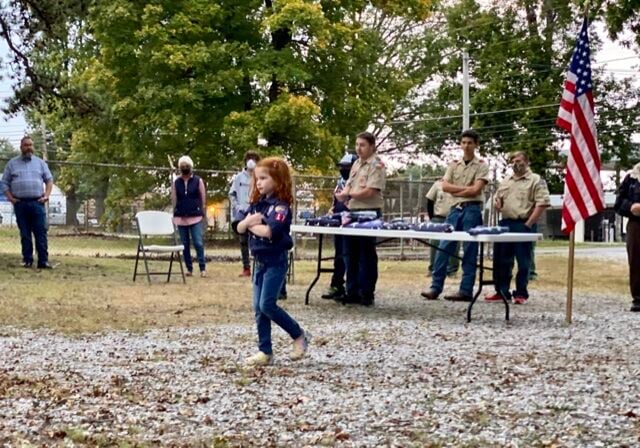 A young Cub Scout carrying a flag walks towards the post members to respectfully dispose of the worn out flag. 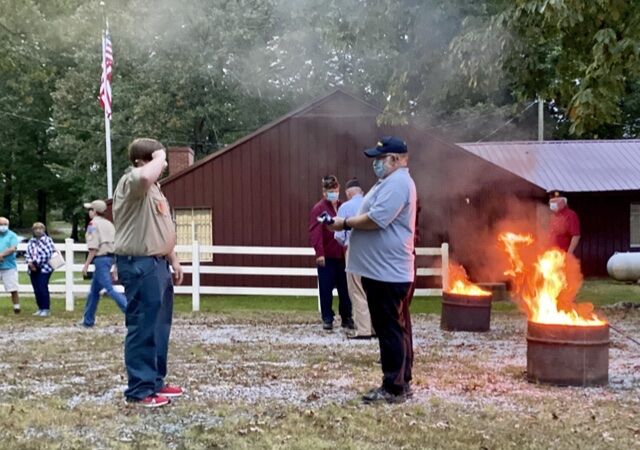 A boy scout salutes after handing a flag to be retired to a post member.

Post 232 members stand and salute as Taps is played at the conclusion of the retirement ceremony.

A young Cub Scout carrying a flag walks towards the post members to respectfully dispose of the worn out flag.

A boy scout salutes after handing a flag to be retired to a post member.

Members from Boy Scout Troop 346 from Chatham and Webalos Cub Scout Pack 174 from Gretna played a key role in the ceremony, in which flags were ceremonially burned in fire.

It is the sacred duty of Americans to honor ”Old Glory,” as the American flag is known, said Post 216 officer Tom Lewis.

“The American Legion is all veterans. Most of us know know what flag-draped coffins look like,” Lewis said. “So, the flag needs to be respected, not just thrown in the trash. Every flag should be done that way.”

Should an American flag become worn, torn, faded or badly damaged, the preferred way to dispose of it is to incinerate it as part of a retirement ceremony.

”We are here to respectfully retire several flags that have outlived their purpose and completed their duty of representing the United States of America,” post commander A. W. Younger said before beginning the ceremony.

During the ceremony, cub and boy scouts would form a line, grab a wrapped flag, walk it down to two legion members who would unwrap the flag, fold it in half and place it into the fire.

Left to burn peacefully after the conclusion of the ceremony, the ashes of the flags will be buried in an unmarked grave at an undisclosed location.

According to Lewis, this is the most flags they’ve ever disposed of in one year since the post began the annual ceremony about 20 years ago.

Throughout the year, the post will accept flags to be retired in a box sitting outside of their post building on Leftwich Street.

“I’d like to thank the cub scouts and the Boy Scouts,” Lewis said. “We had a great turnout this year.”

Jeremy Moser is a staff writer for the Star-Tribune.