Today is last day to request absentee ballot in…

Chatham’s entire water system shut off to fix b… 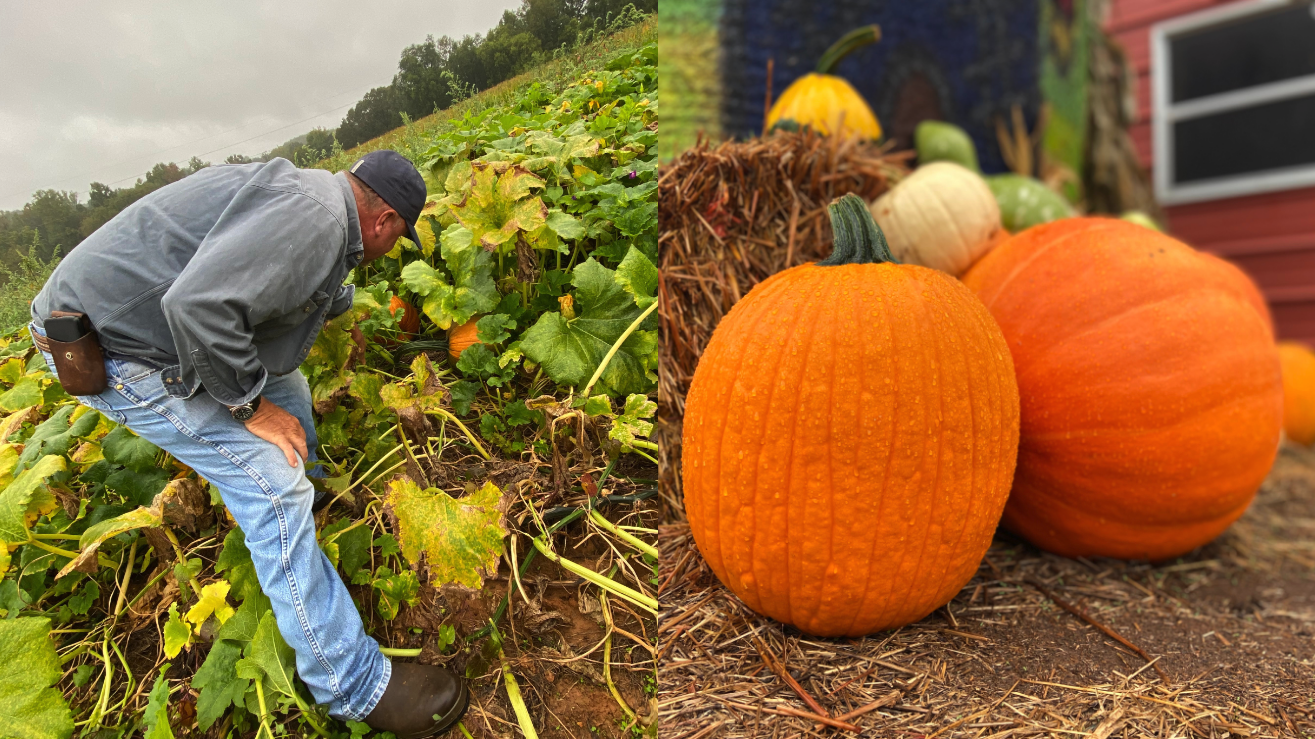 Left: "Farmer Dave" admires one of his prized pumpkins, still growing in the pumpkin patch on his Danville farm. 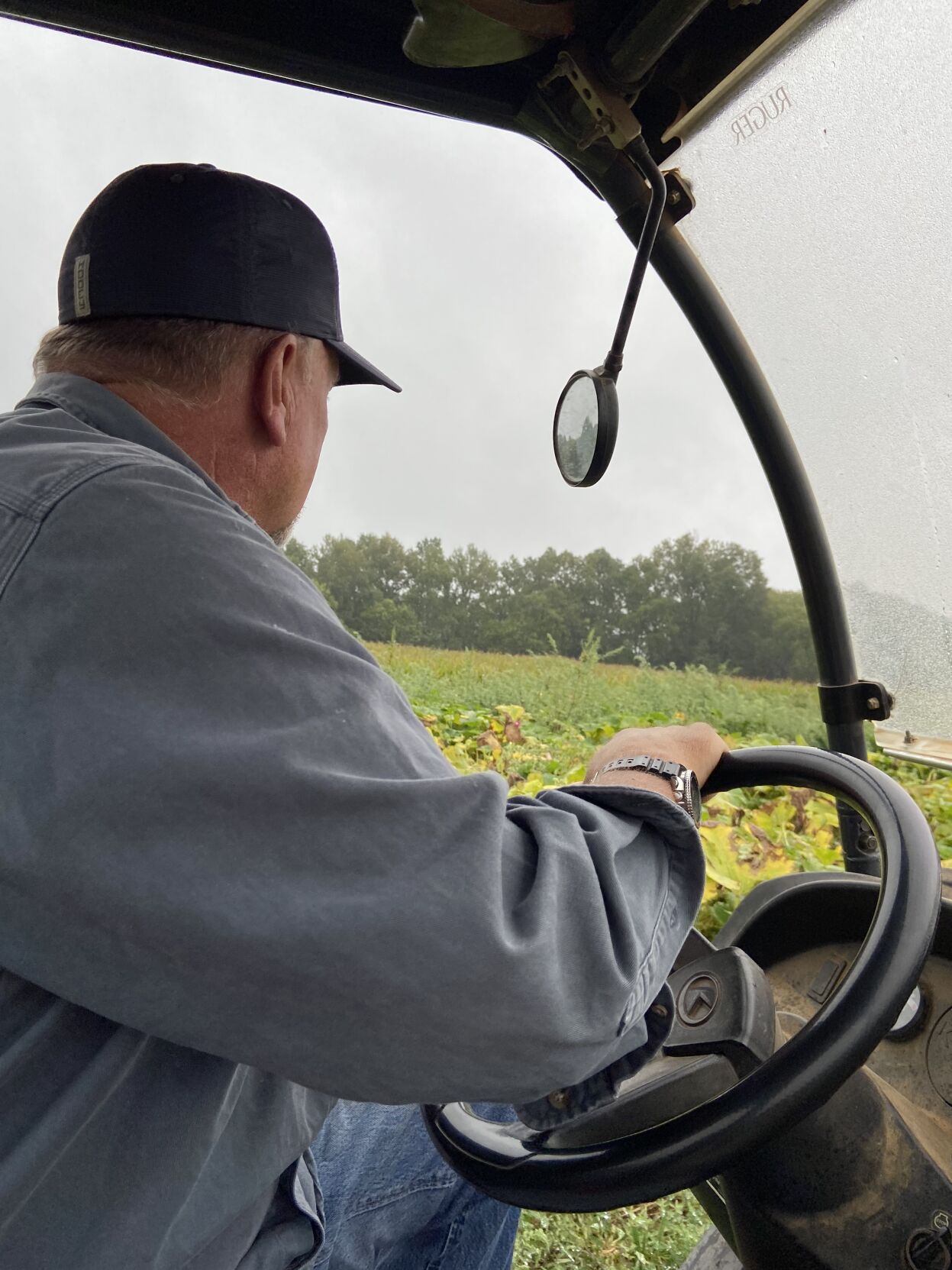 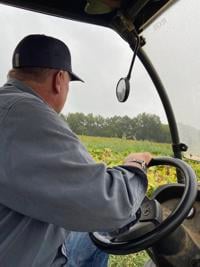 Farmer Dave gives a private tour of his pumpkin fields on his ATV. 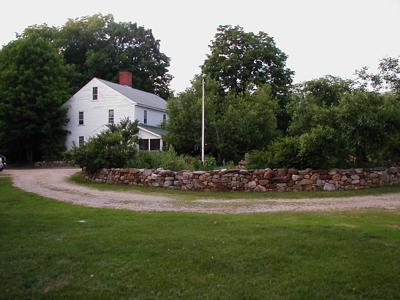 Pumpkins generated $14.6 million in cash receipts last year, according to the National Agricultural Statistics Service, landing them a spot in Virginia's top ten most valuable crops.

This year, the Virginia Farm Bureau says the orange autumn-time fruits are in record demand.

The farm will be open to buy pumpkins through November, "if we have 'em," Owen says.  "If they go, they go. I can't invent them."

Pumpkin demand has been on the rise in past years, and Southern Virginia is a hot spot for growing them.

“The demand is growing, and it’s a good market to be in. It’s instant entertainment for the fall,” said Chuck King Jr., a Montgomery County farmer and president of the Virginia Pumpkin Growers Association.

This year, pumpkin yielding in Southwest Virginia has been a struggle as rain has reached 11 inches at times, leading to moldy pumpkins, Owen said. But he said local farmers have been more than willing to take on these obstacles.

"Those guys [in Southwestern Virginia] are the best of the best in the whole United States, those guys up that way," Owen said. "Top of the list. Mount Airy up to Hillsville, they are second to none."

King, whose harvest has produced “some good, healthy pumpkins," noted the obstacles weather faced this season as well.

“Growers in Southwest Virginia have had awful challenges this season,” King said, who also is a member of the Virginia Farm Bureau Federation Specialty Crops Advisory Committee. “When it’s too hot, you won’t see any fruit, and the vines won’t grow. And if it’s too wet, you’ll get powdery mildew, and the pumpkins won’t grow.”

In the Danville-Pittsylvania area, Owen is the only person who grows and harvests pumpkins, he said.

"I got a good, large amount of pumpkins," Owen said. "The fields are filled with pumpkins, I mean, they are full."

"I have a lot of beautiful pumpkins, amazing pumpkins," he added.

Mike Cullipher, who cultivates 15 acres of pumpkins on Cullipher Farm in Virginia Beach, said he lost just over 2 acres of his crop due to weather. What’s left, he added, is “very pretty," according to the Virginia Farm Bureau.

With his entire crop dedicated to U-pick activities, Cullipher is anticipating a busy season, according to the Virginia Farm Bureau. Among Cullipher Farm’s U-pick produce, which include apples, blueberries, corn, peaches and strawberries, pumpkins have quickly become the most popular.

“People still really care about buying something that’s grown in Virginia or close to home, and I think that’s why the market for Virginia-grown pumpkins is increasing,” Cullipher said in a statement to the Virginia Farm Bureau. “There’s a saturation point somewhere, but it’s something that continues to grow. As long as the weather allows, it should be something that can continue here for a while.”

In Danville, Owen also specializes in the U-pick pumpkin market, taking in field trips from Westover Christian Academy and other local private schools, he said.

Driving his ATV down the endless rows of pumpkins, exotic gourds, Indian corn and other crops on his Silver Creek Road property, Owen pointed out one pumpkin with that he claims is a record-breaking stem.

"There are more weeds this year than ever, but if it makes pumpkins like this then I don't care," Owen added.

Trump and Biden completely ignored 37 states this election. Virginia is not one of them.