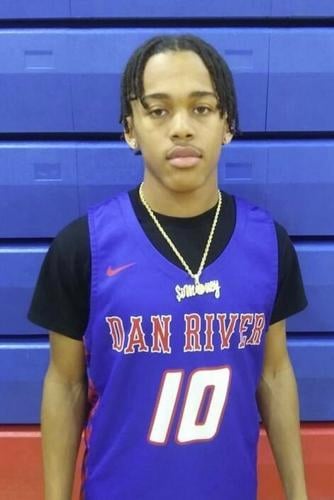 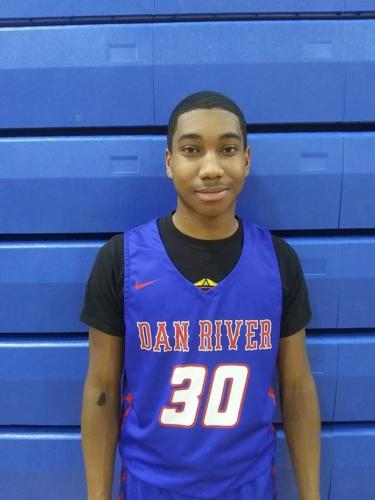 Dan River split their two Dogwood District contests this week as they took on Altavista Jan. 17 and Chatham Friday to conclude the first half of district play. The Wildcats fell on the road to the Colonels but ended the week with a hard-fought victory over the Cavaliers to move to 3-3 in the Dogwood.

Altavista jumped out to a 32-4 first quarter lead and the Wildcats could not recover as they suffered a 78-43 loss to the Colonels on Tuesday. Jesiah Lampkin was the lone player in double figures for Dan River, scoring 15 points and dishing out three assists. Trevon Brooks added eight points and seven rebounds while Jacoby Davis and Ja’Quarious Davis each had five points.

The Wildcats hosted Chatham on Friday in front of a packed crowd and they would send the home crowd home happy. Dan River would ride huge scoring efforts in both the second and third quarters and would hold off a late fourth quarter rally to defeat the Cavaliers 81-69. Shamar Ferguson had a career night as the lone senior on the squad finished with 22 points and three steals while going nearly perfect from the field. Jacoby Davis Jr. had 11 points and 10 rebounds. Cortez Inge chipped in eight points, JaQuarious Davis had 3 points, Austin Bratton, Malachi James, and Maleik Chappell each had two, and Noah Abercrombie had a point.

Dan River will host Nelson County on Friday, Jan. 27 in their only game of the week.

The Lady Wildcats suffered a setback on Jan. 17, dropping a 41-32 home game to Altavista. After ending the first quarter tied at 9, Dan River would fall into foul trouble and be outscored 16-4 in the second quarter as they entered the half down 25-13. DR would rally in the second half and get within a one-possession game. But the Colonels were able to push the lead back up. Alicea Farmer led all scorers with 18 points, 10 rebounds, and four assists while Akeelah Scott chipped in nine points. Cara Barrett added in five points but would foul out midway through the third quarter while Q’Lexis Stork had nine rebounds before fouling out in the fourth quarter.

Dan River traveled to Chatham on Friday night and in a game of two halves, Chatham’s strong second half overcame the Wildcats’ second quarter runt as the Cavaliers won 42-25. Trailing 9-7 after a quarter, Dan River would roar out to an 11-0 run as Alicea Farmer knocked down back-to-back three pointers and freshman Akeelah Scott scored five as the Wildcats held their biggest lead at 18-9. The Cavaliers answered back by scoring the final six points of the half as the Wildcats clung to an 18-15 lead.

The opening play of the second half set the tone of the half as the Wildcats turned over the inbound pass and the Cavs converted that turnover. Chatham would force several Wildcat turnovers and make a 17-2 third quarter run to flip all momentum to their side. The Wildcats would only score five points in the final quarter, while the Cavaliers would take their largest lead at 42-22. Alicea Farmer would finish with 11 points - nine coming on three-pointers - 10 rebounds, eight steals, and four assists. Akeelah Scott had five points - all in the first half. Q’Lexis Stork had three points, while Cara Barrett, Emma Divinski, and Grace Perkinson each had two points. Stork, Barrett, and Divinski each had seven rebounds against the Cavaliers.

Dan River will be on the road this week, with a makeup game at William Campbell on Wednesday and a varsity-only game at Nelson County at 6 p.m. on Friday.

Dan River fell at Altavista 55-45 on Tuesday. Davion Adkins had 17 points while Josiah Farmer chipped in seven points. Buddy Robertson and Trevor Thomas each had five, Trace Jones had four, Ethan Glass and Jamarion Davis each hit a three-pointer, and Taavon Fitz scored against the Colonels. The JV Wildcats held on for a 49-46 victory over Chatham on Friday night. Davion Adkins led the way with 21 points, while Trace Jones had nine points and Taavon Fitz had eight. Trevor Thomas and Buddy Robertson each had four points while Jeremy Edmunds had three against the Cavaliers.

The JV Lady Wildcats earned their first victory of the season on Friday with a 30-27 win over Chatham. Janiya Eldridge led the team with 17 points, while Katie Evans had seven points and four assists. Gia Stone scored four points and Fatima Maldonado had two points, while Jessica Richardson had a team-high 16 rebounds.

Elderly Danville woman died in house fire; A four-day murder trial is underway; Southside Virginia continues to lose population; Here are projects that might lead to traffic snarls in different parts of Danville in the coming days.