In honor of National Popcorn Day, here's a brie… 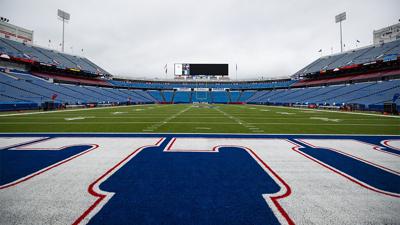 In his third season out of Virginia Tech, Danville native and Dan River High School alum Tremaine Edmunds is making history with the Buffalo Bills.

The Bills Saturday hosted the Indianapolis Colts for Wildcard Weekend, sneaking to the divisional round with a 27-24 victory and marking the franchise's first playoff win since 1995. The at-home postseason stint also signified the Bills' first division victory in just as long.

Edmunds played all 79 defensive snaps against Indy. The middle linebacker recorded six solo tackles and three assists on tackles in that game.

"It felt good for me personally," Edmunds told the Star-Tribune. "We haven't won the division in 25 years, so to be a part of that celebration was special."

On the season, Edmunds has tallied 119 combined solo and assisted tackles, two sacks, four tackles for a loss and three quarterback hits going into the divisional round.

Edmunds' brothers, Trey and Terrell, both play for the Pittsburgh Steelers. The Steelers won the AFC North but fell to their division rivals, the Cleveland Browns, last night during wildcard play.

"Winning your division is a tough task to do," Edmunds said. "It was good to see both teams [the Bills and Steelers] accomplish this milestone. Although on different teams, my brothers and I worked hard to help our respective teams do what needed to be done to set their teams up for the playoffs."

The three brothers, all raised in Danville, made one thing clear – their family is tight and supports each other on and off the field.

"I'm happy how Tremaine and the Buffalo Bills represented their conference," Trey Edmunds told the Star-Tribune. "It's a good feeling to know all three of us have achieved a common goal."

The running back played four games this season, all wins.

"It's a blessing to win each Sunday, let alone the most games in your conference," Trey said. "We are honored to win our division. It takes a lot of dedication and focus from all players and coaches to do so."

"It was a nice and rewarding feeling to win and to have had the opportunity to go to the playoffs for my first time as an NFL player," Terrell said. "We all have to do it one game at a time."

The Buffalo Bills Saturday night will host the Baltimore Ravens, who won their wildcard game on the road at Tennessee yesterday.