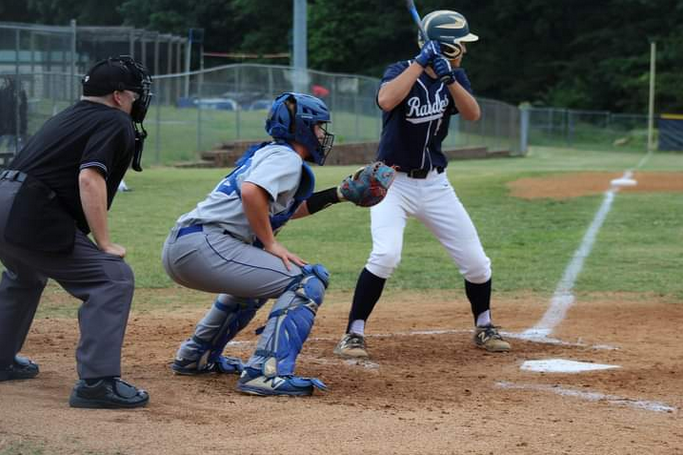 Freshman catcher Dylan Howerton preps to field a pitch as Appomattox was batting. 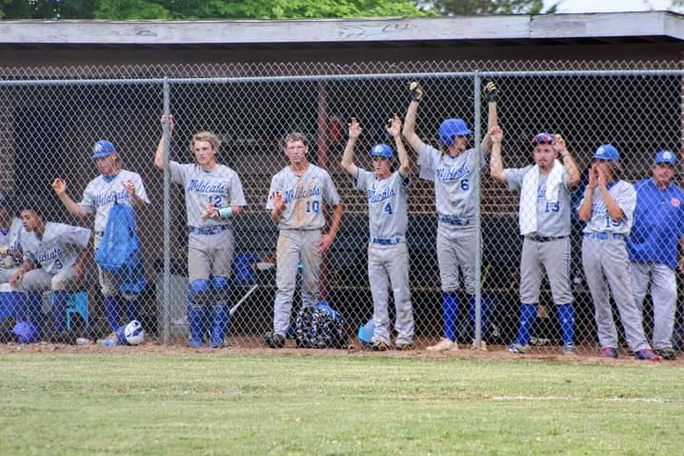 The Wildcats root on their teammates at the plate. Dan River won at Appomattox 7-4 on Wednesday. 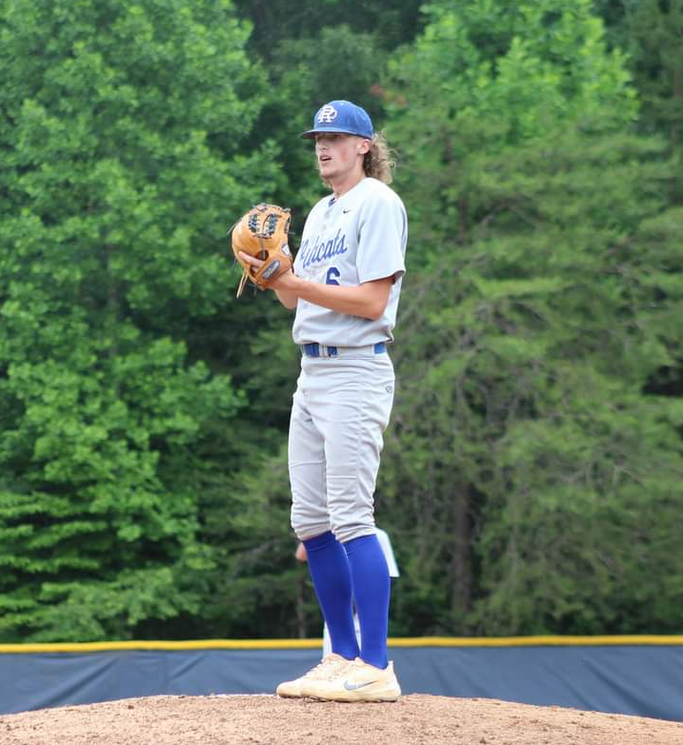 RINGGOLD, Va. — Dan River's Spring sports teams concluded their regular season this week. The Wildcats' track teams will now prepare for Regionals, set for June 10. However, the other teams have to wait another week as the Region 2C tournaments for baseball, softball, and boys soccer won't start until June 14.  Here is a rundown of this week's activities.

The Cardiac Cats clinched a winning season on Wednesday with a 7-4 road victory at Appomattox County. Senior pitcher Alex Alderson got the win as he struck out eight batters, gave up three hits, and two earned runs over 5.2 innings. Mark Allen Porter pitched the last 1.1 innings to get the save.

Alderson helped his own case at the plate as he went 2-for-4 with a double, a solo home run, and two RBIs. Noah Abercrombie had a two-run triple and Blake Hughes tripled and reached base on balls. Jackson Blevins had an RBI, while Porter, Elijah Reed, and Ricky Edwards each had a hit for the Wildcats (7-5).

The Wildcats handed Dogwood District leader, Nelson County, their first loss of the season as Dan River defeated the Governors 2-1 on Wednesday in Lovingston. Freshman Asa Fletcher scored the game-winning goal off of a crossing assist by junior captain Nathan Blevins. Blevins also had a goal for the Wildcats. Dan River ends their regular season at .500 with a record of 5-5.

The Lady Wildcats completed an undefeated regular season as they took first place overall at a tri-meet with Atlavista and Gretna at Gretna High School Tuesday. Dan River won the meet with points, followed by Altavista and Gretna.

Dan River's 4x800 relay team of Jayla Marable, Jade Marable, Alyssa McFalls, and Emily Saunders ran their best time of the season uncontested at 11:54. Jade would add on two individual first place finishes on the day, winning the 400 and the 200. Jayla would also take first in the 100 hurdles and second in the 300 hurdles. Emily Saunders easily won the 3200, while McFalls' personal best of 2:40 won her the 800 race. Natalia Morrison took first in the long jump and was second behind Marable in the 400.

Dan River suffered just their second loss of the season as Appomattox swept the season series with a 7-0 victory on Wednesday. Raiders pitcher and UVA commit Courtney Layne kept the Wildcats' bats silent for most of the night, striking out 18 batters and allowing just four people on base.

Katie Moser broke up the Raiders' no-hitter with a single, while Jordan Vogltanz reached on a walk.  Grayson Snead was hit by a pitch while Emily McVay and Riley Nuckles reached base on an error. McVay struck out five over seven innings, but took the loss as the Raiders scored four runs in the first inning and added three more in the last innings. The Wildcats end the regular season at 10-2 and will likely be the 2 or 3 seed in the Region 2C tournament.

With regionals a little over a week away, the Wildcats competed in Tuesday's tri-meet at Gretna without their full roster. DR did not compete in either hurdles or any of the jumping events, resulting in Altavista taking first as a team (46) while Dan River was second (41), and Gretna third.

Jorden Price took first place in the 200 and the 400, leading a 1-2-3 Wildcat sweep of both races. Price edged out Robert Carter and Tracy Glass in the 200, while JP, Bart Shirley, and Terrance Williams were the top ones in the 400. Robert Carter and Glass went 1-2 in the 100, while Asa Fletcher remained unbeaten in the 400. DR's 4x400 relay team of DaMari Glass, Shirley, Williams, and Fletcher bested Altavista's team in the last race of the day. Owen McMillin continued to improve in the throws, placing second in the shot put.

Dan River's winning streak ended at five games as the Wildcats lost their final ballgame to Appomattox County by the score of 11-1. Luke Ewing had an RBI, driving in Tilden Garland. DR's season record was 7-5.