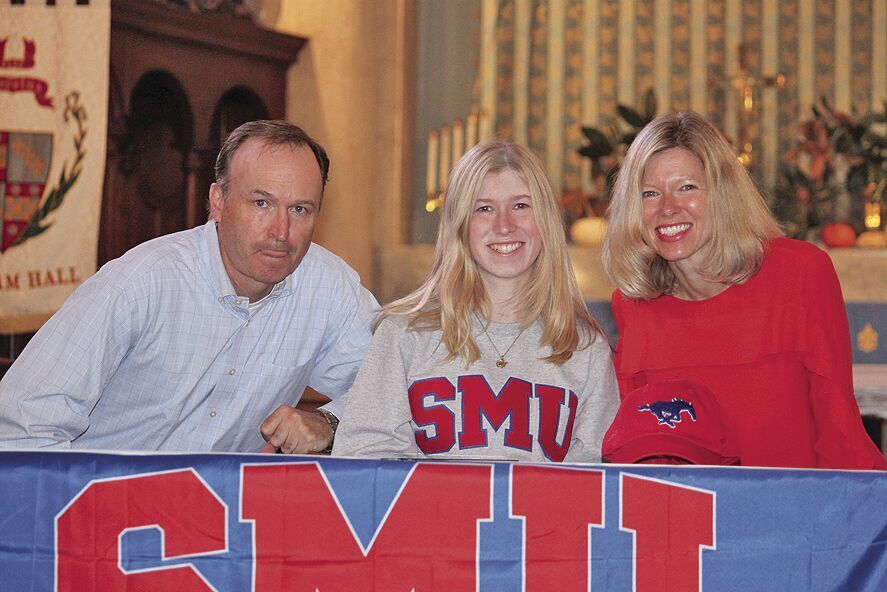 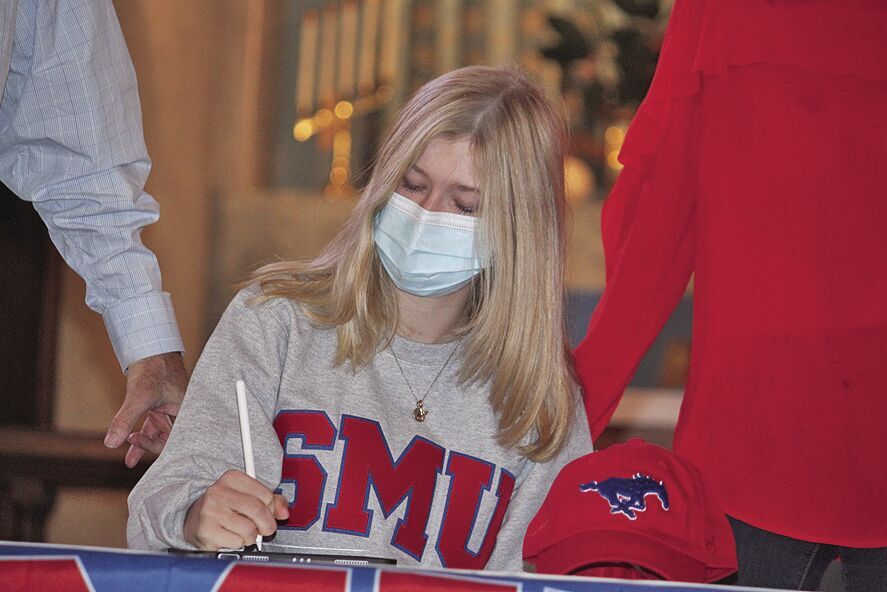 Annabele Whitehead signs her letter of intent to SMU.

Whitehead is going to the National Collegiate Equestrian roster to compete in horse shows.

However, her background in horses goes back much further. She began riding at the age of six and attended multiple Chatham Hall summer riding camps prior to enrolling. She is a four-year member of the International Equestrain Association (IEA) team and won Regionals on the Flat all four years. As a sophomore, she qualified for the IEA Nationals over fences, and as a junior, qualified for the IEA Zone Finals, but was unable to compete to the event’s cancelation because of COVID.

Chatham Hall’s IEA coach Frankie Beyer said, “Working with Annabele over the last four years has been an absolute pleasure. She comes to every ride with a willingness to work hard and dedicate herself to improving her skills. Not only is Annabele a fierce competitor, but she is also a dedicated teammate, cheering on those around her with her positive attitude.”