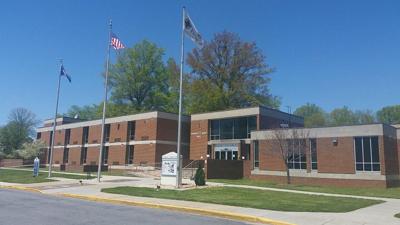 In his first game at Patrick Henry Community College, the man highly regarded by the residents of Gretna has already brought a spark to a team that truly needs it.

"This job was something that fell into my lap," Daniel told the Star-Tribune Monday morning. "We [Gretna Lady Hawks] didn't have a season this year with COVID. I was waiting until I got the word that we officially we wouldn't have one. Finally, after postponing over and over, they made a decision at the beginning of playoffs that there would no season for us."

Brian M. Henderson, former coach at George Washington High School in Danville and Athletic Director for Patrick Henry since 2014, thought of Daniel first when a vacancy appeared in the Patriots' coaching staff.

"I spoke with him [Henderson], and I volunteered to come help him out as interim coach," Daniel said. "I went down there and after a week, maybe a week and a half, we got to talking about him basically making me the head coach at the end of the season."

Another week after that conversation, the head coaching spot became a sure thing for Daniel, a retired Army Major.

In Daniel's first game, the Patriots lost by 11 points—but for the club's 0-3 start, this was the closest they had come to winning yet. Daniel says he has nothing but hope for his new team.

"It was a tie ball game with four minutes left to go in the game," Daniel said. "There were a couple things we could have done better, and we'll continue to work on that."

Daniel said his primary goal now is recruitment, and he already has his eye on some of his girls from Gretna.

"Recruitment is what has hurt them [PHCC] in the past," Daniel explained. "Gretna, Martinsville, Magna Vista, Patrick County... I'm a firm believer that, if you're going to be successful in your area, you have to own the recruiting in your area. There may be some young ladies here at the D-I level that I won't have a shot at, but there are so many talented players who might go D-III. I want to get them here."

"If you come here [to PHCC], you'll come out there and go D-I, D-II," Daniel said. "As I recruit, I'm not recruiting for Patrick Henry. I'm recruiting for where you want to go from there."

Thanks to tobacco grants, student-athletes can play for Daniel at PHCC for free. He said this is a huge pull factor that will help him recruit.

As for Gretna, Daniel said he wouldn't be here without it, even with a rough start—his original plan was to coach softball, as Daniel is a baseball player himself.

"Gretna also fell into my lap," he recalled. "When I took over the team, no one wanted the job."

After that point, however, everything changed for Daniel and the Gretna Hawks.

"In my third or fourth season, we played almost half the season and didn't win a game. Not only that, we lost by a great amount," Daniel said. "Dan River beat us by 66. There was no way we should have beaten them the second time. But lo and behold, we won by three the second time. We won by eight in the tournament championship. Then we won by 12 in the regional, after starting the season 0-11."

"I've been very fortunate," Daniel said. "The lessons I learned my first year at Gretna made it my best year ever, and propelled us to be successful, and me to be as successful as I've been."