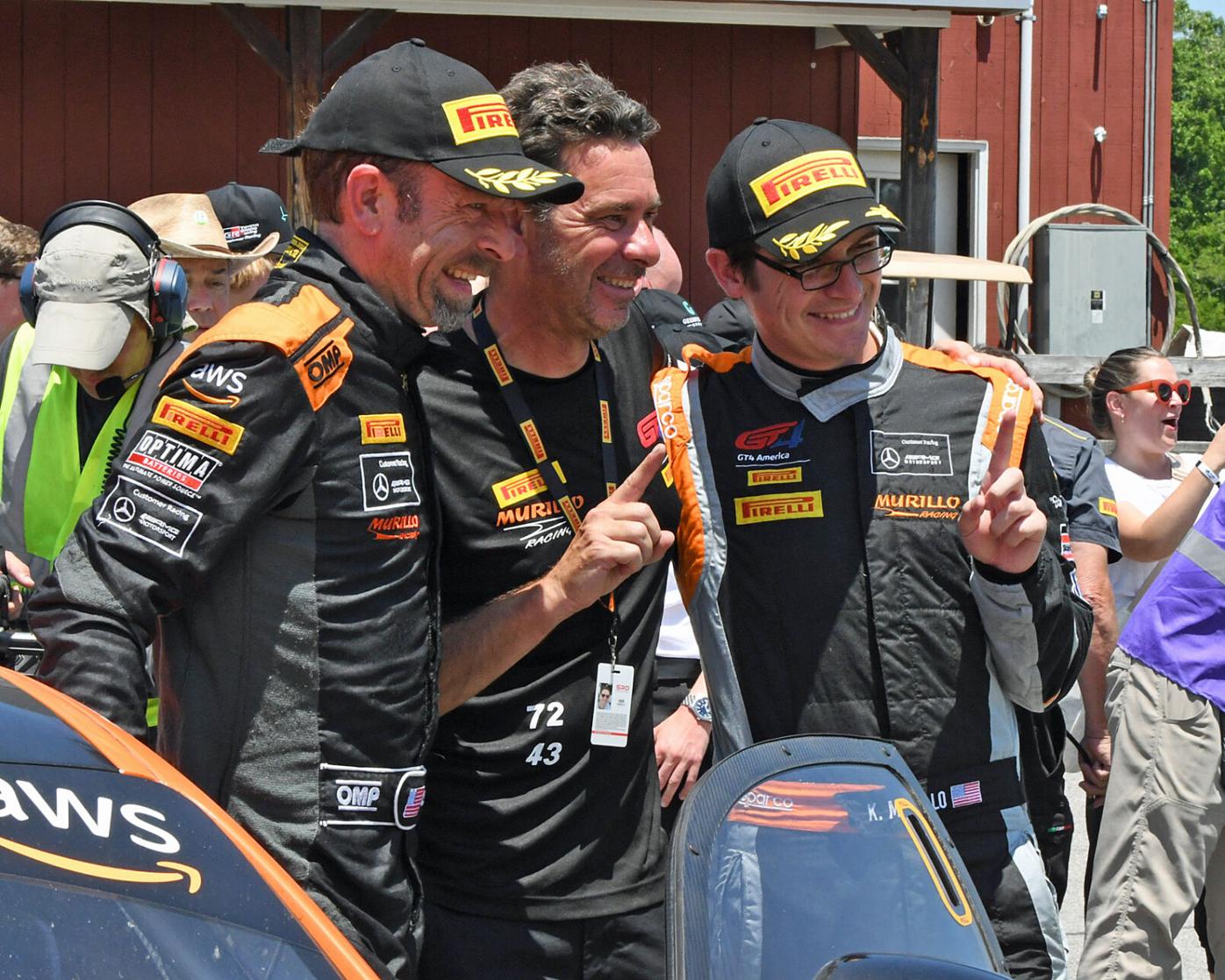 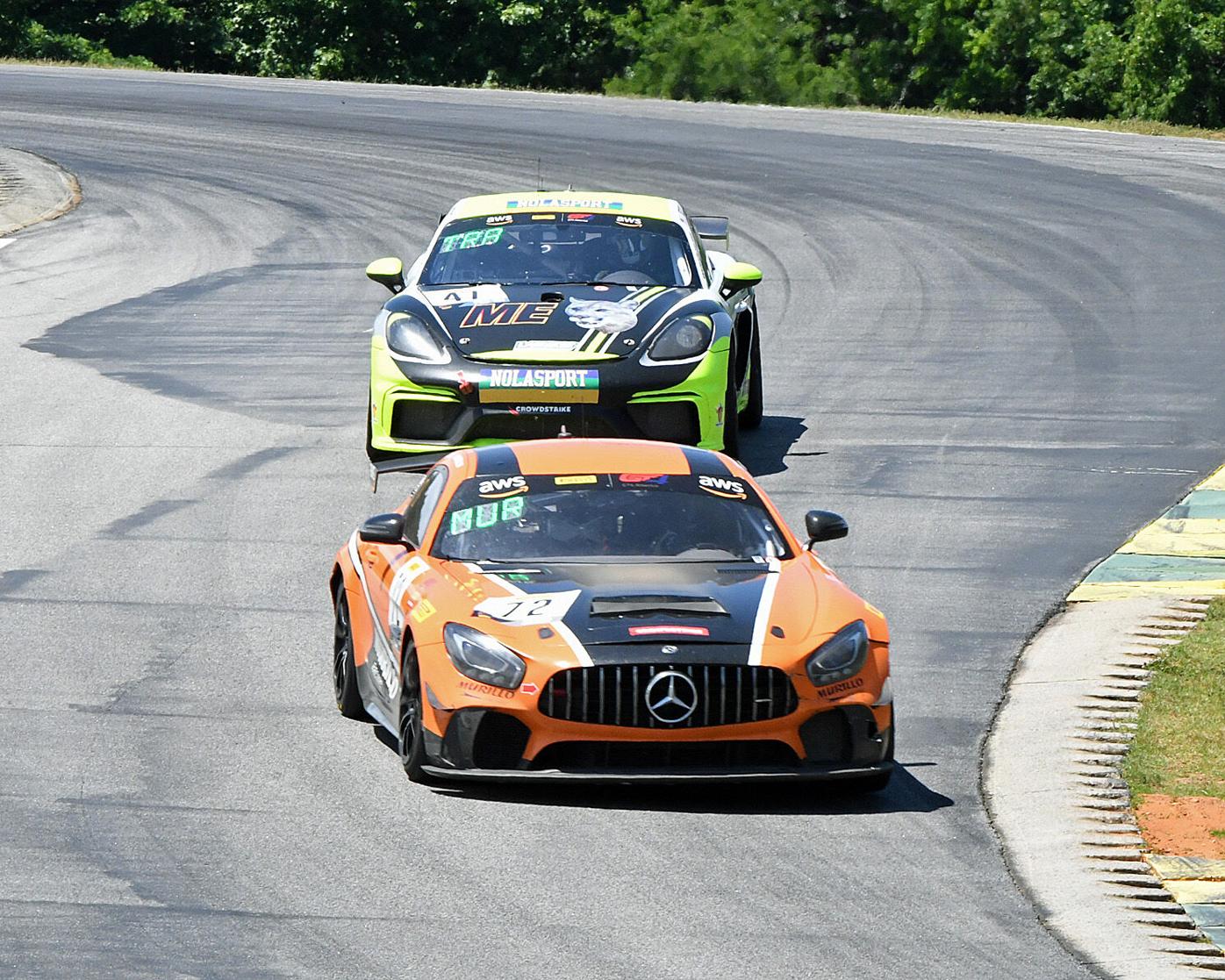 The race winning Murillo Mercedes being chased down the Roller Coaster by the second finishing #47 Porsche Cayman. 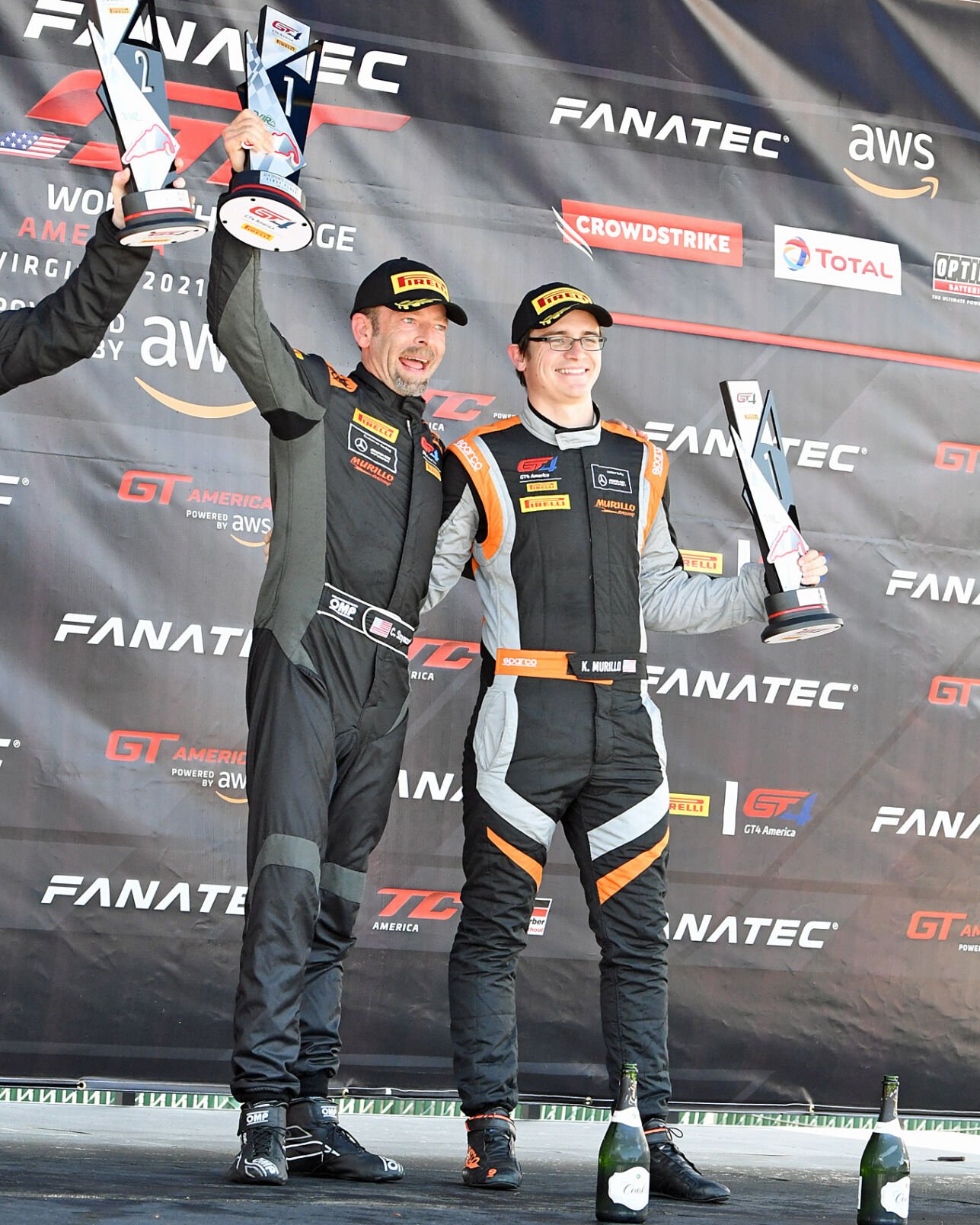 Winning drivers Christian Szymczak and Kenny Murillo on the podium.

This weekend was only the second pro racing event open to the public at VIR since COVID-19 caused the track to go racing without the benefit of spectators.

Racing action began Saturday with Race 1 of the GT4 America SprintX series which matches Pro and Pro/Am teams competing on track together in separate divisions. After falling to fifth overall on the opening lap, the #72 Murillo Racing Mercedes-AMG GT4 of Kenny Murillo and Christian Szymczak would fight back to take the overall and Silver-class (pro drivers) win in Round 5 of the 2021 season at VIRginia International Raceway. It was their third win of the season.

Danville Police arrested a suspect in a pair of armed robberies; The suspect in a bizarre probe in Caswell County is behind bars; Another big vaccination clinic is set for Saturday in Danville; The slate of candidates is decided in this fall's city and county elections.