Popeyes to open location in Danville 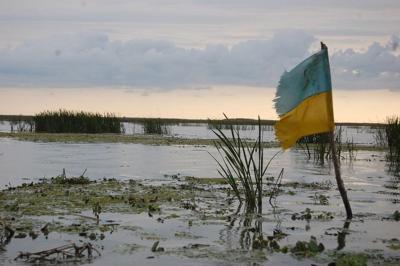 "This is digital civil war."

The New York Post yesterday released emails and images obtained by the FBI last year that show alleged correspondence between Hunter Biden and Vadym Pozharskyi, a Burisma board advisor, in 2015.

The U.S. House of Representatives Republican Judiciary Committee has backed the claims in the Post's article.

"Dear Hunter, thank you for inviting me to DC and giving an opportunity to meet your father and spent [spend] time together," the email reads. "It's realty [really] an honor and a pleasure."

The emails came from a MacBook laptop computer allegedly belonging to Hunter Biden, which was seized last year by the FBI. The laptop contains family photos, videos and emails.

In one photo, Biden appears to have a crack pipe in his mouth. The video content reportedly includes 12-minute footage of Biden engaging in sexual activity while smoking crack cocaine.

Following the story's release, Twitter CEO Jack Dorsey and Facebook CEO Mark Zuckerburg made the "editorial decision" to censor the story from their website, despite their websites not being editorial platforms.

Dorsey admitted on Twitter last night that his team was "blocking URL sharing via tweet or DM with zero context as to why we're blocking." Dorsey called this action "unacceptable," but did not undo the censorship and has still failed to give a straight answer as to why the URL was blocked.

President Donald Trump's senior advisor Jason Miller called this censorship "the beginning of the end for these tech giants," and said the damage done to Facebook and Twitter at their own hands is "irreparable."

Trump issued an executive order earlier this year in response to this type of conduct by "social media giants."

"Twitter, Facebook, Instagram and YouTube wield immense, if not unprecedented, power to shape the interpretation of public events; to censor, delete or disappear information; and to control what people see or do not see," Trump wrote in May in reference to the Executive Order on Preventing Online Censorship.

The Communications Decency Act (section 230(c)) makes a clear distinction between publishers and social media platforms. Publishers can decide what is and is not news, but social media platforms fall into the "public forum" category. Twitter and Facebook do not classify themselves as publishers, therefore legally cannot make editorial decisions, according to U.S. law, as Sen. Hawley continues to say.

"[Facebook and Twitter] have engaged in unprecedented suppression of public discussion of the article," he said. "Twitter's and Facebook's conduct also appears to constitute a clear violation of federal campaign-finance law."

Federal campaign-finance law says that corporations cannot make campaign endorsements in the United States. As Twitter and Facebook are corporations, censoring conservative media and promoting pro-Biden campaign media would be a federal crime.

"The possible campaign-finance violations by two of the most powerful corporations in America comes only weeks before Election Day, and while millions of Americans are in the midst of voting," Hawley continued. "I ask that the FEC take immediate action to investigate these potential violations and, if appropriate, take remedial action to prevent further interference with the 2020 presidential election."